Bloody Sunday: Youngest victim to get £140,000 in damages 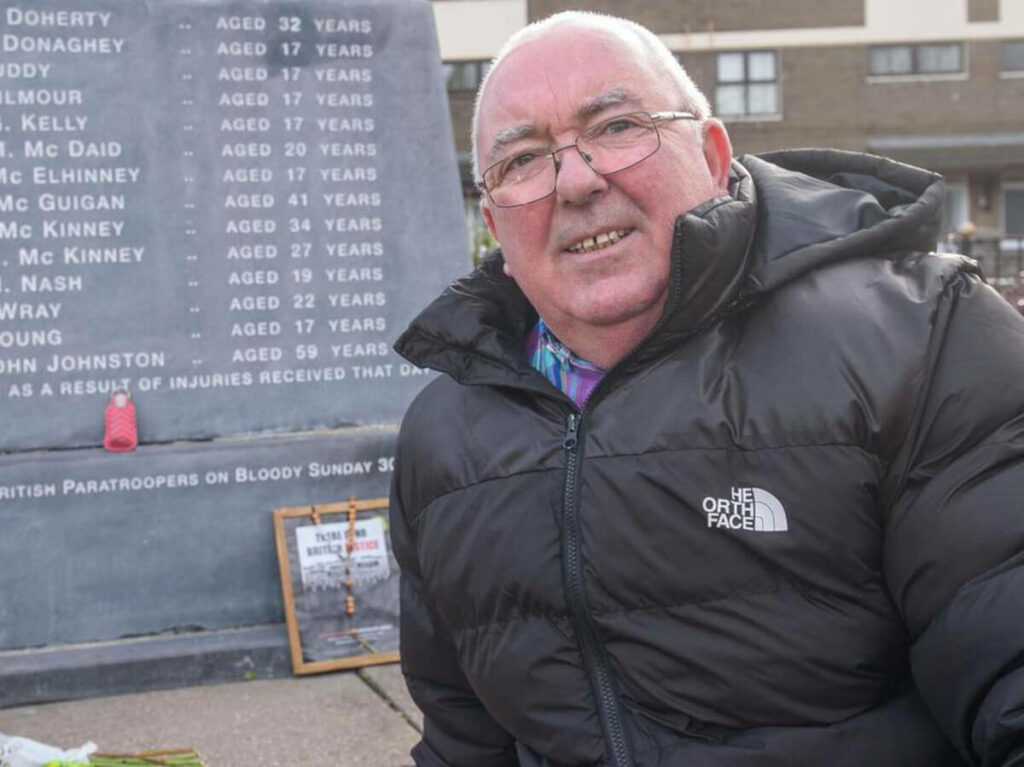 The first and youngest victim shot by a British soldier on Bloody Sunday is to receive more than £140,000 in damages, a High Court judge has ruled.

Damien Donaghy was 15 when he was shot in Londonderry in January 1972.

Thirteen people were killed and others wounded when members of the Army’s Parachute Regiment opened fire on civil rights demonstrators in the city.

Victims and their families have brought civil actions against the Ministry of Defence (MoD).

It followed The Saville Inquiry in 2010 which found that none of the casualties was posing a threat or doing anything that would justify their shooting.

Mr Donaghy, 66, has accepted throwing stones at troops near William Street before he was hit in the thigh by a high velocity bullet.

The court heard that during treatment for a fractured femur he was terrified that he might lose his leg.

The court heard Mr Donaghy played for an elite youth soccer team in Derry before he was shot and had ambitions to make it as a professional in England.

His claim for loss of earnings was rejected. However, the judge held that he should receive £90,000 compensation to cover general damages and “the undoubted impairment of the ability to play and to enjoy playing football”.

An award of £12,500 was made for psychiatric injuries and a further £38,000 in aggravated damages because “the MoD maintained its stance that the plaintiff was involved in wrongdoing up until the Saville Inquiry”.

A deduction will be made from that figure to cover a £3,000 ex gratia payment made to Mr Donaghy back in the mid 1970s.

Outside court his solicitor, Fearghal Shiels of Madden & Finucane said: “My client welcomes this judgment and is pleased to have the matter finally resolved.”