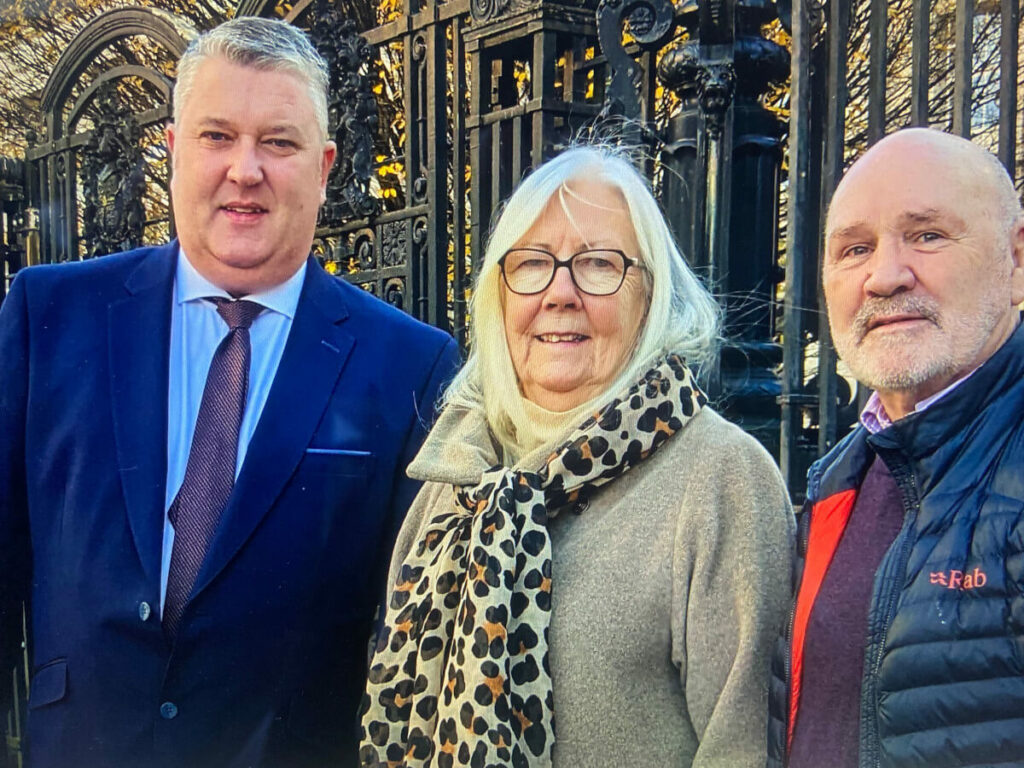 Report from the Court of Appeal today where Madden & Finucane represented Alex and Liz Maskey.

Stormont Speaker Alex Maskey and his wife Elizabeth’s historic convictions for trying to escape from prison are to be quashed, the Court of Appeal ruled today.

Senior judges held that the couple had both been unlawfully detained during the 1970s because their periods of internment were not personally authorised by the Northern Ireland Secretary of State.

Mr Maskey, a veteran Sinn Féin politician who served as the party’s first Lord Mayor of Belfast, described the outcome as “righting a wrong” in British Government policy at the time.

He said: “They had scant regard for their own laws; internment was an unmitigated disaster.”

Imprisonment without trial was introduced as violence spiralled during the early stages of the Troubles in Northern Ireland.

Mr Maskey, 70, had been interned at the Long Kesh prison camp in December 1972.

He was convicted of attempting to escape from lawful custody in March 1973 and sentenced to six months imprisonment.

In the same month his future wife, then Elizabeth McKee, mounted a bid to break out of Armagh Jail, where she had been similarly held without trial.

She was also found guilty of attempting to escape, receiving a nine-month sentence.

But in 2020 the Supreme Court quashed former Sinn Féin President Gerry Adams’ convictions for twice trying to escape from Long Kesh in 1973 and 1974.

The Interim Custody Order (ICO) used to initially detain him was ruled invalid because the Secretary of State at the time, Willie Whitelaw, had not personally signed it.

Based on that judgment, Mr and Mrs Maskey’s legal representatives, Madden & Finucane Solicitors, challenged their convictions.

In court today the Public Prosecution Service accepted that the ICOs in both their cases were also invalid.

With the appeals unopposed, Lady Chief Justice Dame Siobhan Keegan described the previous determination of the Supreme Court as “binding”.

Granting both appeals she confirmed: “This means the convictions and sentences are quashed.”

Outside court Mr Maskey insisted nobody should have been subjected to internment.

“This outcome doesn’t change the severe beating I received when I was captured and brought back into the prison,” the former MLA added.

“But it just highlights the series of fundamental problems around the way this place was administered at that time.”