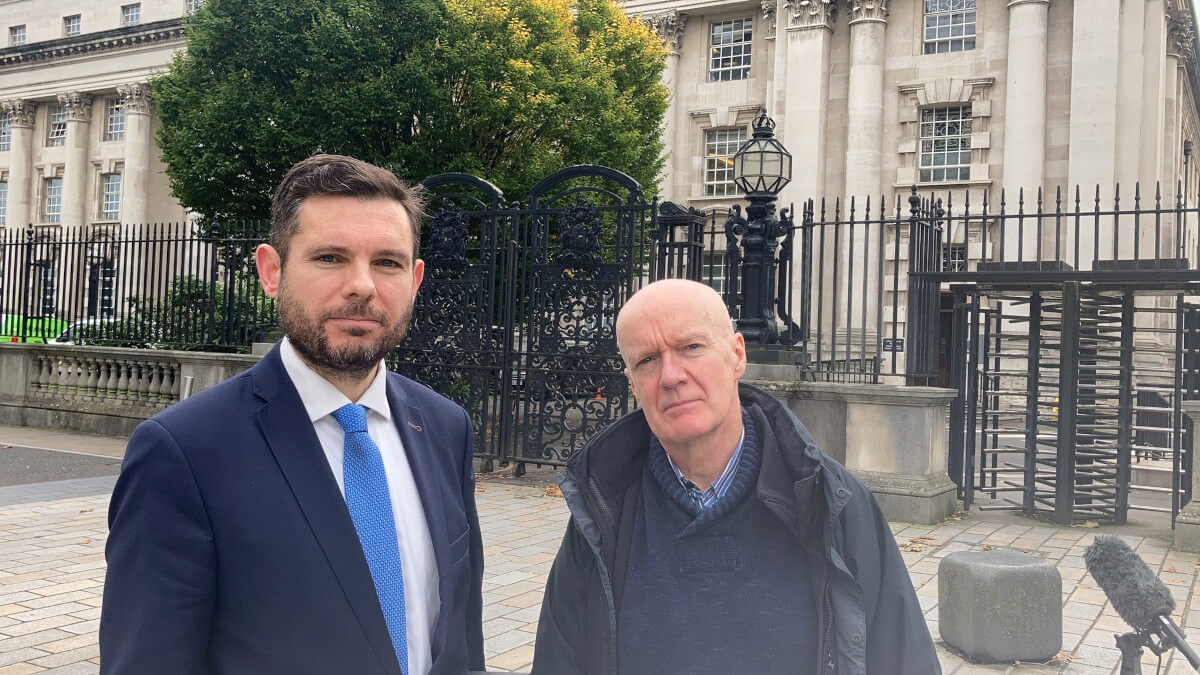 Michael Madden of Madden & Finucane Solicitors with Alan McLaughlin outside the court of appeal today.

“After 17 years of my reputation being tarnished I welcome the court’s judgement today to quash my conviction. I look forward to assisting the ongoing Public Inquiry into the Horizon / Post Office scandal and pursing compensation.

“My thoughts are with all the others who have been unfairly caught up in this scandal and hope they get the same resolution that I have. I am glad that I have taken this step to clear my name and I hope anyone else who have not been able to take this step now have the encouragement to do so.”

“We welcome the court of appeal’s judgement today to quash Alan McLaughlin’s convictions. Mr McLaughlin’s case was a paradigm example of Horizon / Post Office cases and he had raised issues with the IT system soon after it was installed.

“Throughout the investigation and prosecution he was consistently told by the authorities that he was the only one who was having similar IT problems. It has now emerged that this was clearly not the case and many others were told the same thing.

“We look forward to preparing the appeal for Alan’s colleague, Lee Williamson, whose appeal is listed in January.”