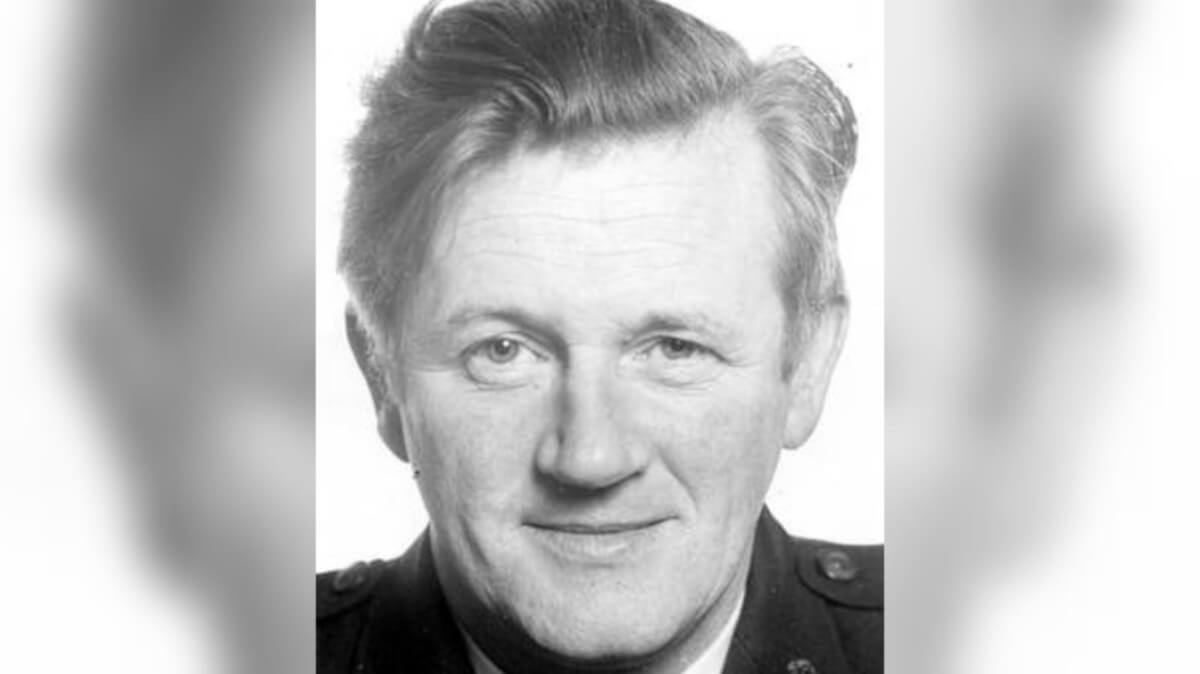 The Ministry of Defence has been asked to respond to claims a military intelligence officer accompanied a notorious loyalist killer at the scene of a policeman’s murder.

The claim was made at the first preliminary hearing of an inquest into the shooting of RUC sergeant Joseph Campbell outside Cushendall RUC station in Co Antrim in 1977.

UVF killer Robin ‘the Jackal’ Jackson, now deceased, has long been suspected of involvement in the murder of the 49-year-old father-of-eight.

The policeman’s family believe rogue elements of the security forces colluded with Jackson to kill the respected officer.

At the initial hearing at Belfast Coroner’s Court on Thursday, a barrister for Mr Campbell’s family raised the question about a military officer being at the murder scene.

Karen Quinlivan QC told coroner Patrick McGurgan that the claim emerged during a review exercise into outstanding legacy cases in 2016.

“We identified that there was information that suggests the involvement of a military intelligence liaison officer,” she said.

“It appears from the police report that a military intelligence liaison officer was at the scene of the murder on the night of the murder in the company of Robin Jackson.”

Mr McGurgan told the barrister representing the Army that he expected the MoD to comment on the claim later in the inquest process.

“That’s something that I will be expecting the MoD to have comment on in due course,” he said.

Ms Quinlivan also informed the court that in 1998, an unredacted copy of the original RUC murder investigation file was passed to the Campbell family by an anonymous source.

She said the fact the bereaved relatives already had the full copy of the report should be considered when the coroner came to determining what sensitive materials should be redacted at the full inquest hearing.

Following a police reinvestigation of the shooting in 1980, a RUC Special Branch officer was charged with the murder but was later acquitted.

Another man was convicted of withholding information about the murder.

In 2014, an investigation by the Police Ombudsman found RUC Special Branch was aware of a threat against Sgt Campbell but failed to inform him.

The Ombudsman also identified a series of investigative failings by the police.

However, the Ombudsman was unable to substantiate claims that rogue security force members conspired with loyalists to commit the murder.

The next preliminary inquest hearing was listed for October 25.