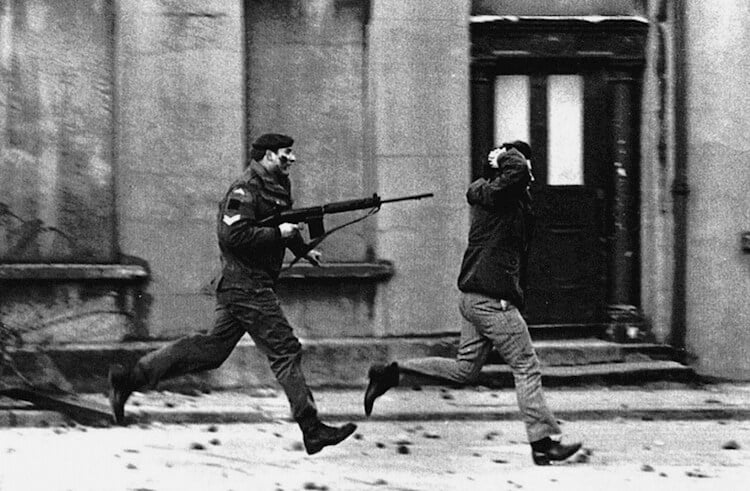 For the victims of Bloody Sunday, Wednesday was a good day.

That hasn’t always been the case — in a 50-year fight for justice there have been more bad days than many in the city care to remember.

Thirteen people were killed when members of the Parachute Regiment opened fire on civil rights demonstrators on January 30, 1972. Another of those wounded died later.

Only one man, known as Soldier F, has ever been charged in connection with the atrocity.

However, in July 2021, the Public Prosecution Service (PPS) said it would not be proceeding with the prosecution.

It looked like the end of the road in terms of ever achieving justice in the courts for the victims, who have received an apology from former prime minister David Cameron, after the Bloody Sunday inquiry vindicated those who lost their lives.

And so, the ruling by the Lady Chief Justice Dame Siobhan Keegan to quash a decision by the PPS to drop a double murder charge against Soldier F was, in legal circles at least, unexpected.

It is rare for the courts to interfere in the decision-making process of the prosecution service.

To understand the background to the legal challenge taken by Madden and Finucane Solicitors on behalf of Micky McKinney, the brother of Bloody Sunday victim William McKinney, it is important to look back at the events of May 2021 when the trial of Soldiers A and C, charged with the murder of Official IRA man Joe McCann, collapsed.

The 24-year-old had been shot in the Joy Street area of the Markets in Belfast in 1972.

However, as the trial got under way, a judge ruled that statements given to the Royal Military Police and the Historical Enquiry Team were inadmissible due to the circumstances in which they were gathered at the time.

The PPS said it would not be proceeding with either as the McCann judgment meant there was little prospect of a successful prosecution, as the cases had “related evidential features”.

Following this, a soldier charged with the manslaughter of a Co Tyrone man asked that his case be similarly withdrawn.

However on Monday, former soldier David Holden, now aged in his early 50s, will appear in court to stand trial for the manslaughter of Aidan McAnespie, after his appeal was unsuccessful. In August 2021, a judge ruled there were sufficient grounds for him to stand trial over the killing which took place in 1988, at a time when the Royal Military Police would have no longer have overseen the investigation.

Wednesday’s ruling is significant, not just for the families but in terms of how historic prosecutions are advanced.

It should also be noted that the court dismissed separate challenges to the PPS deciding against prosecuting other soldiers in connection with six of the deaths.

The court identified issues around the admissibility of evidence from ex-servicemen compelled to give statements at the time, which was central to the reason the McCann case collapsed. The Director of Public Prosecutions Stephen Herron responded to the ruling saying: “The team involved in the Soldier F prosecution will take time to consider the full detail of the written judgement, when available, and its impact on these proceedings”.

The PPS could very well appeal the ruling, but at this stage it is more likely that a review of the case will be undertaken by the District Judge who will then decide if it advances to the Crown Court for trial.

That’s the preferred outcome for the families, with their lawyer Ciaran Shiels saying the PPS should “move immediately to re-institute the proceedings at Derry District Judge’s Court against Soldier F and to secure his committal for trial in the Crown Court”.

There are wider implications, and the family of Daniel Hegarty must be looking closely at this judgment and considering their options.

It also has political implications — legislation around a statute of limitations on all future investigations and criminal proceedings that the UK Government said they were pursuing has yet to materialise.

What we were told was fully drafted legislation that would make its passage through Westminster in the autumn last year has not appeared.

Sources say pressure from the Biden administration has played a role in stalling the legislation, as Britain needs a post Brexit trade deal with the US, and therefore the influential Irish American lobby wields significant power.

The chance of Soldier F finally standing trial though will awaken that debate on the other side of the Irish Sea, with MPs such as Johnny Mercer expected to pile pressure on Downing Street to legislate to protect former soldiers from prosecution.

Wednesday was indeed a good day for the Bloody Sunday families but as they are only too aware, that could quickly change with so many variables at play in the ongoing fight for justice.