U.S. Congress concerns regarding the UK’s plans to introduce legislation that will result in de facto amnesty for human rights abuses

We write to express our concerns regarding the United Kingdom’s plans, announced on July 14, 2021, to introduce legislation that will result in de facto amnesty for human rights abuses committed by both state and non-state actors during the Northern Ireland ‘troubles’ and call on you to urgently make a public statement of opposition to these proposals.

The UK Government plans for dealing with the legacy of the conflict in Northern Ireland will close all paths to justice for victims denying them the truth, justice and accountability to which they are entitled. The recently published UK government command paper indicates legislation will end all Northern Ireland conflict-related ‘judicial activity’ – i.e., current and future prosecutions, inquests, civil actions, and investigations. These proposals breach the UK’s international and domestic human rights obligations, unduly interfere in the justice system, undermine the rule of law and dismiss victims’ suffering.

We note the unequivocal rejection of the United Kingdom’s plans by the Irish Government, Northern Ireland political parties, human rights organizations including Amnesty International, victims and victims’ groups and many others.

For decades, victims of human rights abuses, and their families in Northern Ireland, have been failed denied justice by a piecemeal approach to dealing with the past. Human rights monitors, activists and victims’ families have long pressed authorities to institute credible mechanisms capable of vindicating the rights of victims. Instead, the UK Government have declared their intent to remove all remedies available under the law.

It is clear that the UK Government’s primary motivation is to ensure security forces are placed beyond accountability for the human rights abuses committed during the ‘Troubles’.

We wish to express deep concern at the continual undermining of the rule of law, Good Friday Agreement and ongoing process of peace and reconciliation.

People in Northern Ireland have been clear in their rejection of a de facto amnesty. Victims’ families have had decades of justice delayed and now, if these plans become law, they will have justice denied – permanently.

Given the role the US has, and continues to play, in supporting the Good Friday Agreement through peace and reconciliation, we urge you to make a public statement of unequivocal rejection of these proposals and work with your counterparts in the United Kingdom and Ireland to resolve this matter and ensure the past is dealt with in a victim centered, rights respecting way. The time to act is now; the UK Government is expected to progress legislation in the near future in the UK Parliament.

Together, we urge you to call on the UK Government to abandon this unilateral action and establish mechanisms to deal with the legacy issues of the past that will discharge the UK’s human rights obligations. 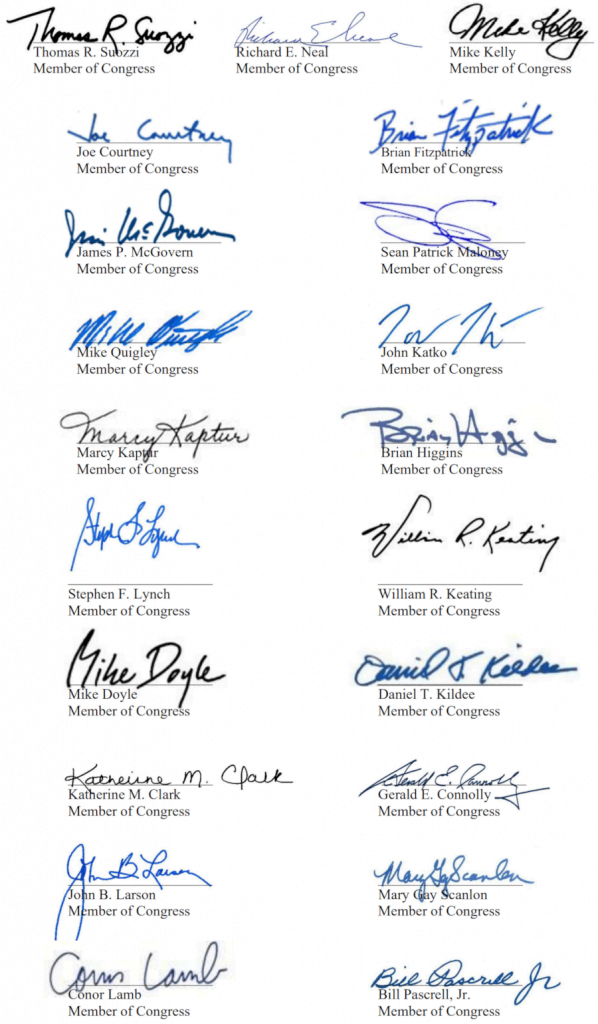