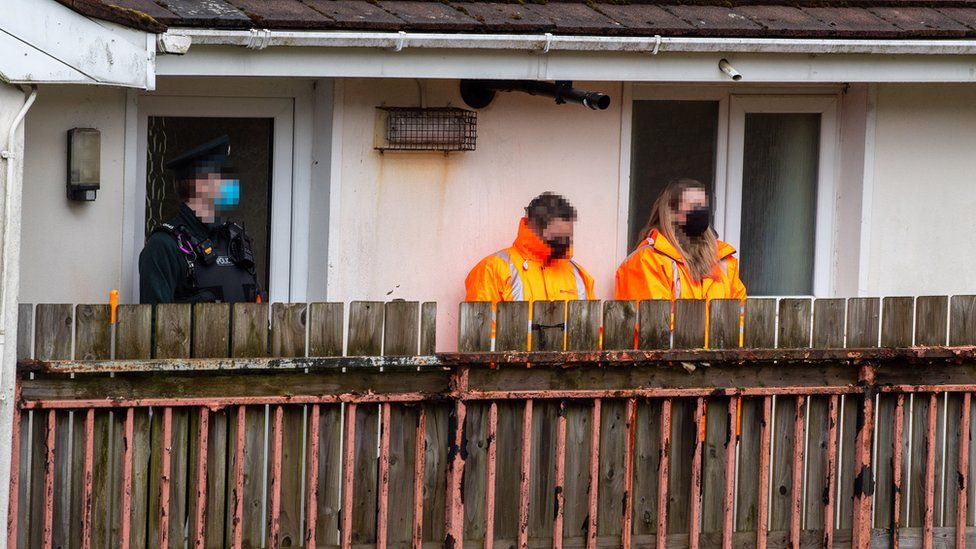 The Police Ombudsman is investigating a complaint from the family of a man shot by the Police Service of Northern Ireland (PSNI) in Londonderry.

The man was shot in the chest during an incident in Celandine Court at about 22:45 BST on Saturday.

Solicitor Ciaran Shiels said the man’s sisters want to know what justification there was for the use of “lethal force”.

A police officer sustained knife wounds to his arm and head in the incident.

Mr Shiels said it had been a “traumatic and difficult” time for family of the man who had been shot.

“What the family want to know is what was the exact nature of the confrontation that took place with officers?” he told BBC Radio Foyle.

“They want to know why one officer felt CS spray was appropriate to use in respect to whatever the threat their brother may have been presenting to police and another officer thought it appropriate to shoot him in the chest with a sidearm.”

Mr Shiels said the man is in a stable, improving condition in the Royal Victoria Hospital in Belfast.

His family wants to see quick and effective cooperation between the PSNI and the ombudsman, said Mr Shiels.

“We just don’t know at this stage what occurred in that flat,” he said.

“In broad terms the family want to know exactly what was the reason for lethal force to be used against their brother.”

The Police Ombudsman confirmed it had received a complaint about the incident and that it had started an investigation.