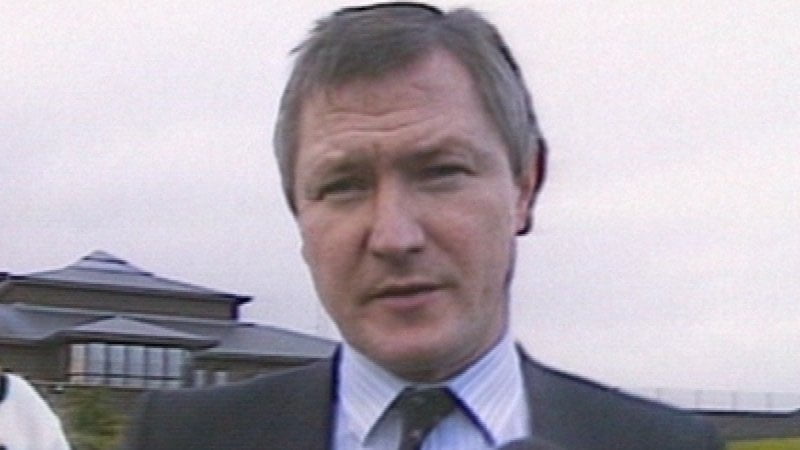 The Taoiseach has said that the British government’s decision not to hold an inquiry into the murder of Belfast solicitor Pat Finucane was “arrogant and cruel”.

Speaking during Leaders’ Questions in the Dáil, Micheál Martin said there has been an effort “to undermine any progress towards the truth”.

“Some dark secrets have been hidden and it’s time they are revealed,” he said.

He said the necessity of finding the truth is to “restore confidence” to help reconciliation.”This decision only delays and corrodes public trust in the British state’s capacity to deal with issues that they committed to dealing with,” Mr Martin added.

“It’s extremely important they do that.

“I spoke to Geraldine [Pat Finucane’s widow] this afternoon to make it clear that the Irish Government will continue to work with them to keep the pressure on to ensure a public inquiry is held.”

Mr Finucane, a 39-year-old solicitor who represented both republican and loyalist paramilitaries during the Troubles, was shot dead in his family home in north Belfast in February 1989 by the Ulster Defence Association in an attack found to have involved collusion with the British state.

His widow Geraldine and their three children have been campaigning for decades for a public inquiry to establish the extent of security force involvement.

The British Supreme Court, in February 2019, ruled that the UK had failed to hold an “effective investigation” into the Belfast lawyer’s death.

Yesterday, the British government decided not to hold a public inquiry at this time into the murder.

Mr Martin told the Dáil today that it’s “extremely important” for the relationship between Ireland and the UK that the British government follows through on a previous commitment to a full public inquiry into the murder of Mr Finucane.

He said he believes that it is “inevitable” that an inquiry will ultimately have to be held.

In response to questions from Sinn Féin leader Mary Lou McDonald, the Taoiseach said the Government will continue to work at European and international level to ensure such an inquiry is secured, including by engaging with US President-elect Joe Biden, who had previously expressed support for such an approach.

However, the Taoiseach said the issue would ultimately have to be resolved as part of the relationship between Britain and Ireland.

“It is in terms of the relationship between Britain and Ireland that this case assumes such importance,” he said, adding that if there is to be any momentum injected into the approach towards legacy issues, this has to be dealt with.

Mr Martin said there was a commitment from both governments that high-profile cases such as the Finucane one would be pursued by both governments. The Irish Government “fulfilled its side of the deal” when it established the Smithwick Inquiry into events surrounding the killing of two RUC officers.

There was an understanding that a public inquiry would follow into the killing of Mr Finucane, the Taoiseach said.

“It seems to me there is an effort here, and has been consistently, to undermine any progress towards the truth regarding this. Some dark secrets have been hidden and it is time that they were revealed in the proper forum of public inquiry,” he said.

“This decision only delays, only corrodes public trust generally in the British state’s capacity to deal with issues that it committed to dealing with.

“Proper relationships between two governments and two states, must be founded on the principle that when agreements are entered into, they are followed through.

Mr Martin said he spoke to Geraldine Finucane today “to make it clear to her and her family that the Irish Government will continue to work with the Finucane family to keep the pressure on, to ensure that eventually a public inquiry is held. In my view it is inevitable that a public inquiry at some stage will have to be held into this heinous crime.

“We will work with other colleagues in the Oireachtas to pursue this agenda.”

The Taoiseach also said that “further explanations” would be needed from Secretary of State for Northern Ireland Brandon Lewis over his remarks that it was important to allow the PSNI and Police Ombudsman “processes to move forward” and that he would not like to risk prejudicing any emerging conclusions from their work.

Mr Martin said the reference to a PSNI review or to the Police Ombudsman of Northern Ireland were “disingenuous” because it is “very clear that the Northern Ireland policy ombudsman is not presently reviewing the case. So the Secretary of Sate’s position there will require further explanation.”

Ms McDonald said the decision had come as a “devastating blow” to the Finucane family.

She said Pat Finucane’s family have fought for three long decades for truth.

“They had hoped that this week the British government would seize the opportunity to do the right thing and to grant the necessary inquiry. But yesterday’s announcement shattered that hope.”

Ms McDonald said it was “ludicrous” for the Secretary of State to propose to leave the case in the hands of the PSNI and the police ombudsman.

“Given the incontrovertible evidence that the British state and its agents were directly involved in the authorising and planning of the killing of Pat Finucane,

“It is utterly farcical that the British Secretary of State should advise the Finucane family to seek truth and justice in this way,” she said.

She said this was not a genuine avenue to truth and justice, but a cul-de-sac at the end of which “is only more bluff and more delay”.

“It is clear that the British government is determined to keep a dark cloak over the extent and depth of state collusion in the targeting and killing of nationalists in the north of Ireland. It seems that far too many powerful people have far too much to lose from the Finucane family and so many others having justice for their loved ones and peace for themselves.

Ms McDonald said earlier that the murder of Mr Finucane “exposes in the most dramatic fashion the reality of collusion between the British state and the British government at the very highest level”.

Speaking on RTÉ’s Morning Ireland, Ms McDonald said “only a public inquiry will reveal all of that”.

Ms McDonald said Geraldine Finucane is “heartbreakingly brave” in her stance that a public inquiry is not just about her husband but “about telling the truth in what happened in Northern Ireland over decades”.

She said these are the reasons why US Congressman Richard Neal and other leaders from across the world have lent their voices to calls for a public inquiry.

Earlier, Ms Finucane said that “as long as there is breath in her body” she will continue to seek answers about her husband’s killing.

Speaking on the same programme, she said the decision by the British government was “quite a shock” and showed “startling arrogance at ignoring the highest court in the land”.

Ms Finucane said the Northern Ireland Secretary of State did not go into any detail about why the decision to refuse the inquiry was made.

She added that it “does seem rather bizarre that he [Brandon Lewis] is insisting the police [will investigate]” as the PSNI later issued a statement saying there is nothing new to investigate.

Ms Finucane said that every investigation “has uncovered so much more and when I started this long journey nobody believed me when I suggested there was collusion and we were proven right eventually, so who knows what is yet to be uncovered”.

She said everyone deserves to know the truth about what happened to their loved ones and for the British government to keep avoiding that issue is “despicable”.

Former taoiseach Bertie Ahern has said it was clear to him, before he left office, that the British government did not want to carry out an inquiry into the murder.

Speaking on RTÉ’s News at One, Mr Ahern said the desire to avoid an inquiry continues to this day.

He added that the then British prime minister Tony Blair was persuaded to carry out an inquiry into Bloody Sunday, something the British government had also resisted.

He said he asked many times if the collusion in the case of Mr Finucane went “to the top, to the political level” and was reassured by Mr Blair that it did not.

However, Mr Ahern said, there is no doubt in his mind that in the case of Mr Finucane “there was extraordinary collusion”.

Mr Ahern said he accepted that there cannot be full inquiries in all cases, but this is a different issue and there is a clear case for a public inquiry in the case of Mr Finucane.

Earlier today, Chief Commissioner of the Northern Ireland Human Rights Commission, Les Allamby, said in a statement the commission was deeply concerned and will write to Mr Lewis as the “onus remains on the Secretary of State to ensure an Article 2 right to life compliant inquiry is conducted as soon as possible into the death of Pat Finucane, in line with the judgment of the UK Supreme Court”.