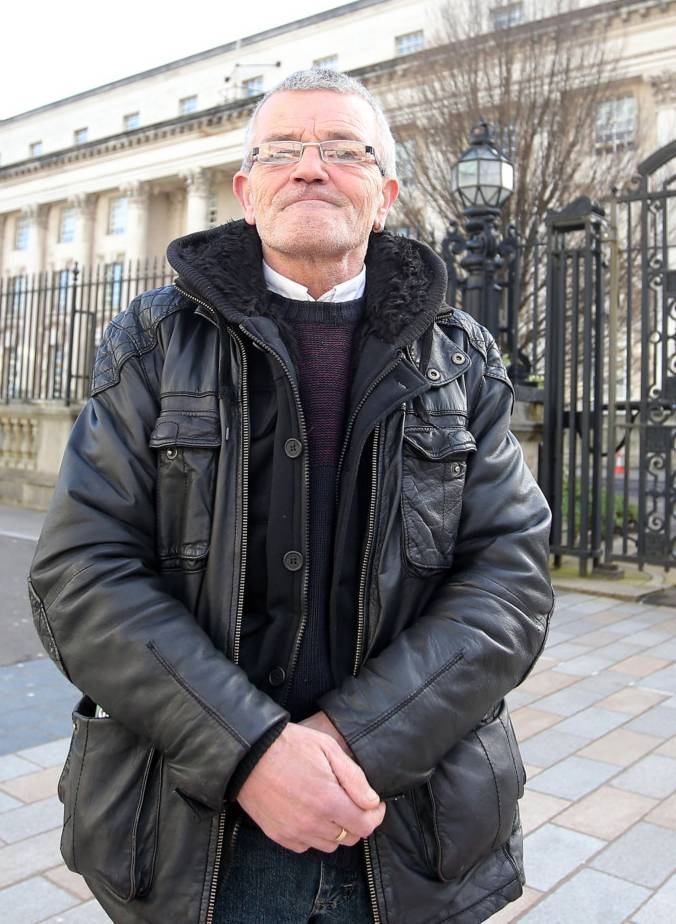 Lawyers for James Goodall argued he was subjected to oppressive interrogation and incapable of having drafted his alleged confession. The 64-year-old was sentenced to 15 years imprisonment for causing an explosion at the Academy Shirt Factory on Exchange Street in March 1977.

He claimed to have told police “a load of old nonsense” just to get them off his back.

But senior judges held there was an overwhelming case pointing to him having verbally confessed and signed a statement to back that up.

Lord Chief Justice Sir Declan Morgan said: “There is no evidence, however, to suggest that the applicant’s cognitive impairment would have contributed to his failing to understand that he was making a false statement of admission.

“At its height the evidence suggests that he may not have appreciated the serious consequences of the admissions.”

The attempt to overturn his conviction came after the Criminal Cases Review Commission (CCRC) referred the case back to the Court of Appeal.

Mr Goodall, from the New Lodge area of Belfast, was arrested in Scotland days after the attack while en route to a Glasgow Celtic football match.

He was held for seven days before being returned to Northern Ireland for further questioning at the Castlereagh detention centre.

Although aged 24 at the time of his trial, educational reports indicated his attainment levels and IQ were well below average.

He can sign his name but is unable to read or write, the court heard.

According to his legal team the only evidence establishing guilt were admissions allegedly made during police interviews.

Mr Goodall pleaded not guilty and claimed he was elsewhere at the time of the bombing.

Despite disputing that he signed the statement produced by police, he was subsequently found guilty.

Following an initial failed appeal the CCRC, which examines potential miscarriages of justice, carried out a detailed review of the case. The body decided there was a real possible Mr Goodall’s conviction could be quashed, based on new evidence relating to his vulnerability at the time.

Despite now accepting his signature is on the confession, he rejected its reliability.

Defence lawyers argued that their client should have been interviewed with an appropriate adult present.

They claimed that any admissions and written confession are unreliable.

But dismissing the appeal, Sir Declan said Mr Goodall’s written statement of admission identified the use of his car, the position of two accomplices, journey to the factory, mode of access to the premises and how the device was planted.

Outside court Mr Goodall’s solicitor, Fearghal Shiels of Madden & Finucane, said: “We are very disappointed at the judgment and will give close consideration to a further appeal.”