Kate Thompson: a victim but not a useful one 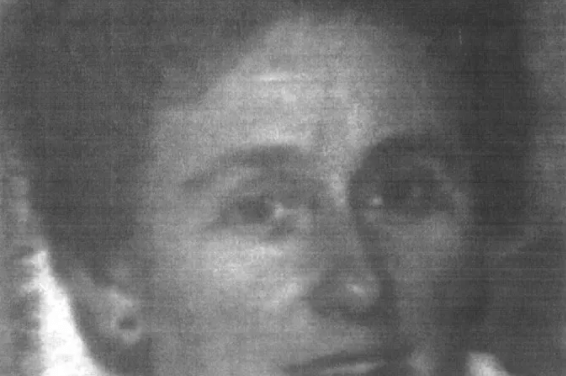 On 31 August 2013 the Attorney General for NI ordered a new inquest into the death of Kathleen Thompson. It is scheduled to begin in Derry Courthouse on 23 October 2017.

Why is it that some victims of the Troubles are household names and others aren’t? Everyone knows of the cruel death of Jean McConville; how many are equally familiar with the cruel death of Joan Connolly? For every victim whose case the media and politicians highlight, there are many others who are buried and ignored. Here’s one case, probably typical of hundreds, that’s been drawn to my attention.

The family lived in Derry, with their front window overlooking the field of Termonbacca, and beyond that the sweep of the River Foyle.

It was a cold, wet night. Kate and Patsy Thompson, with two of their children, were watching a cowboy film on TV. The two youngest were in bed and the two older boys were out visiting their friends. The family didn’t realize that the British army were conducting a search in a house across the street. They first became aware something was up when two canisters of CS gas landed in their back yard. The gas was seeping into the house and Patsy Thompson rushed to close all the doors.

Patricia Thompson, eight years old at the time, was wakened by the noise. She came downstairs to find her father sitting on the stairs sobbing. Patsy Thompson had found his wife lying in the back yard. She’d been shot. He carried her into the house and laid her on the floor. The next few days were a blur, with huge crowds of people lining up to pay their respects to a woman who was popular with everyone who knew her.

She had a love of all things Irish, which she passed on to her children. She was practical and talented – baked bread for the family, knitted and sewed. Her husband had a job but the wages were small and every penny counted.

Kate lived at a time when Catholics were subject to discrimination at every turn. Here was a woman who was a daily communicant, but still regarded as a lesser being.

Her husband Patsy had a job as a welder – a lucky man in a city with high male unemployment. He was secretary to the local Boiler Makers Union and represented his fellow-workers energetically. After his wife’s death, his daughters remember their father’s hair greying rapidly and his body ageing visibly. He never complained or sought an explanation for his wife’s death, and no one came to offer any.

Instead, in the months following Kate’s death, the Thompson home was raided regularly. In January 1972, the eldest son, then eighteen, was walking with friends in Southway when they were approached by a British army patrol. David made to move on but was hit from behind with a rubber bullet. The soldiers then blindfolded him and dragged him over the cemetery wall and across the path to his mother’s grave. He was beaten mercilessly and required hospitalization.

The injustice suffered by Kate Thompson and her family was far from unique. Read Anne Cadwallader’s book Lethal Allies and you’ll find literally hundreds of cases where innocent men and women have been killed by British forces, either directly or through collusion. They were victims but not the kind of victims which the state or the media chose to focus on.

Patsy Thompson died without anyone knocking on his door to explain why Kate had been shot. Ten years after her death an inquest returned an open verdict. British soldiers acknowledged that they had fired sixteen shots into the back of the Thompson home. Patsy Thompson received a cheque for £84.60 for the loss of his wife. He never cashed the cheque.

Kate’s grandchildren have spent three years searching for the truth of Kate’s death. They now know there was no investigation, no forensic evidence and no file. As far as the state was concerned, Kate Thompson was a non-person. She wasn’t a victim who could be used and so she remained part of the blurred mass of those whose story is remembered only by those who loved her.