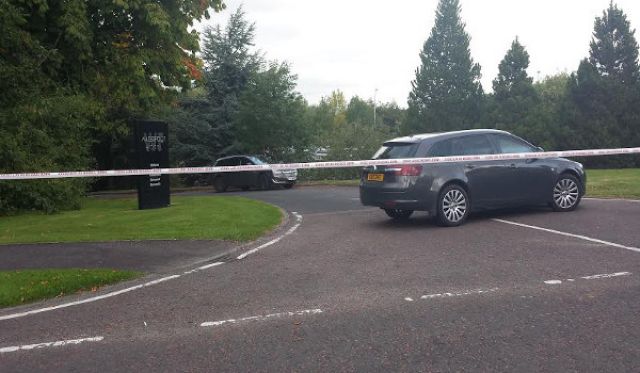 Waterfoot Hotel sealed off during the alert

A Derry judge has said he will dismiss the charges against two men accused of planting a bomb at a hotel in the city last year.

Darren Poleon and Brian Walsh, who both have addresses in Co Meath, are charged with planting an explosive device at the Waterfoot Hotel in October last year.

The hotel had intended to host a recruitment event for the PSNI.

The event was later cancelled.

Both men, who have been in custody since December last, appeared at Derry Magistrates Court this morning where they applied for bail.

District Judge Barney McElholm refused the application over concerns that one of the addresses was in the Republic of Ireland, which was outside the court’s jurisdiction.

However, the judge then voiced his frustration over the lack of progress being made by the prosecution in the case.

The prosecution was then told the case would be adjourned for another eight weeks, with a date of September 22set for the case to come back before the court for a preliminary hearing.

At that point, Judge McElholm issued a warning to the prosecution, that if they were not ready by September 22 then he would ‘discharge’ both of the defendants.

“Eight weeks is not an unreasonable time, but I’ll also issue a warning that I’m prepared to discharge both defendants if that date is not met,” he said.