On Friday 22nd May 2015 the Court of Appeal ruled that Confiscation Orders totaling £76,154.59 made at Derry Crown Court on 2nd July 2014 under the Proceeds of Crime Act 2002 in respect of the Appellants Michael Harkin and Donna McCool, both of whom were represented by Madden & Finucane, be reduced by £38,473.59.

Ms Cool, from Creggan, who despite having a clear record and 6 young children was handed down a custodial sentence of 5 months in respect of this matter. Her husband also received a sentence of 8 months in custody amid angry scenes at Derry Crown Court at a previous sentencing hearing on 6th June 2013.

In light of the fact that Ms McCool had no realistic means to discharge the Proceeds of Crime Order, she faced an additional period of imprisonment with the sum of £38,814.77 remaining outstanding.

The Lord Chief Justice, Sir Declan Morgan QC, presiding over a 3 Judge Court of Appeal, however held that the decision of the Crown Court was wrong in law and instead reduced the amount Ms McCool has to pay to £5,531.95.

Solicitor Jack Quigley of Madden & Finucane stated outside the Court of Appeal:

“Today’s Judgment is very much welcomed by both Appellants as it properly and proportionately confined the benefit gained in each case, particularly that of Ms McCool’s, to much less than originally ordered at Derry Crown Court.

“The Court of Appeal accepted our submission that Ms McCool had in fact been entitled to both Income Support and Job Seekers Allowance, albeit at a lower level than that which was claimed by the Appellant.

“A collective reduction of almost £40,000 has not only vindicated our clients’ decision to appeal but most significantly removes the prospect of any return to prison for Ms McCool, who had already received a period of custody which she served in 2013” 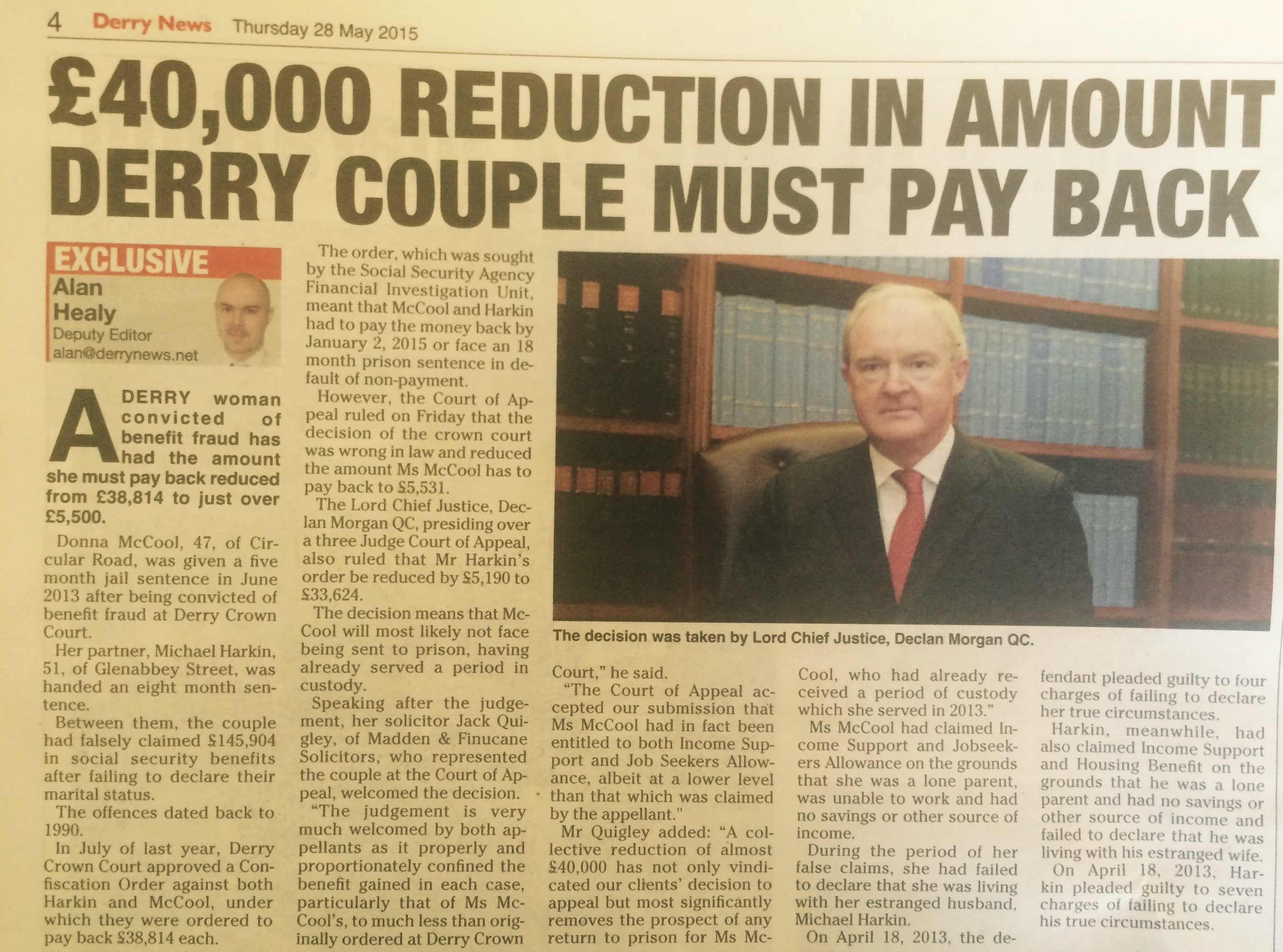