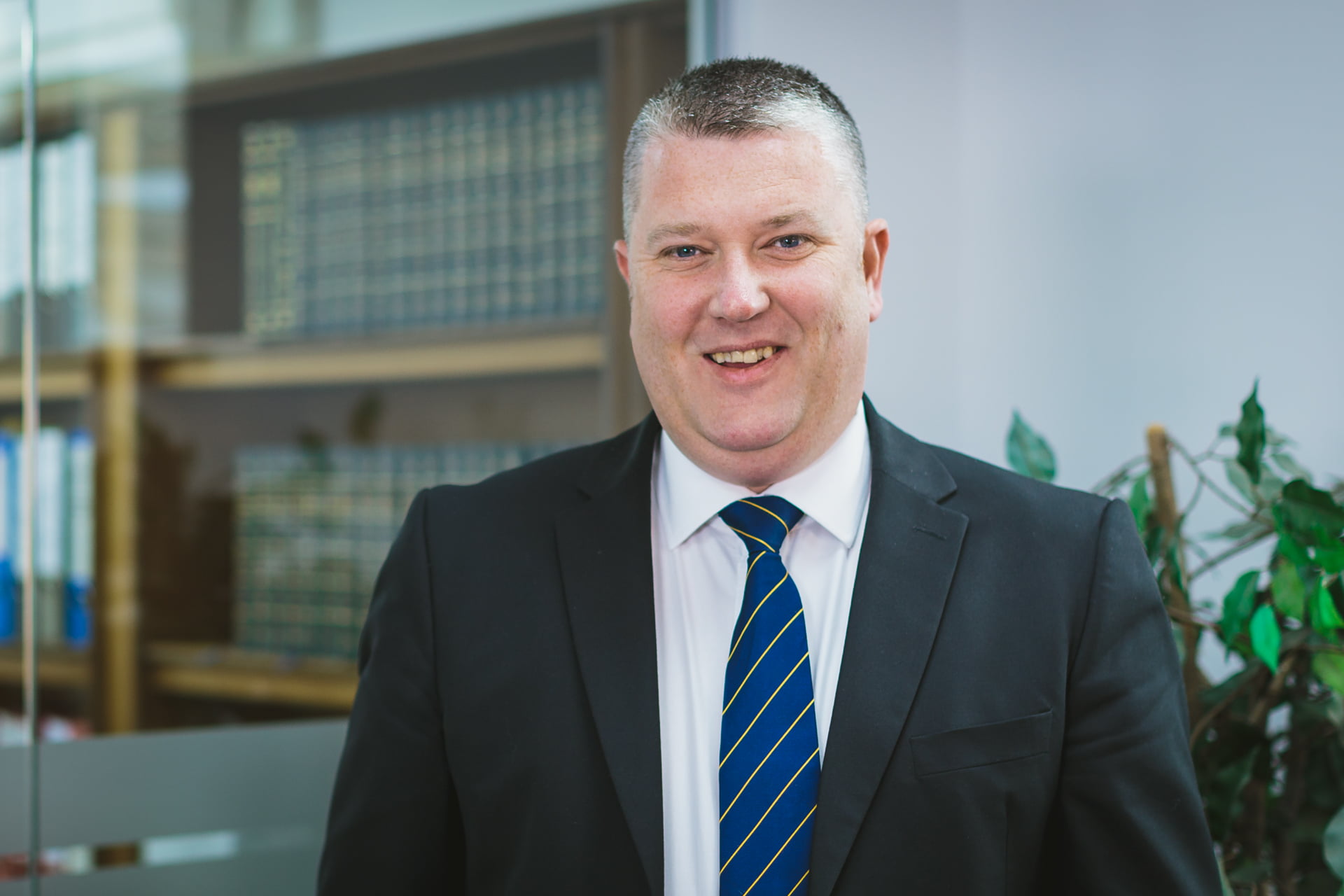 Fearghal graduated from Queen’s University Belfast in 1997 and joined Madden & Finucane in 1998, working extensively at the Bloody Sunday Inquiry, where Madden & Finucane represented ten of the families of those murdered on Bloody Sunday and several of the Wounded, as a Team Leader until the conclusion of the evidence in 2004. Fearghal was responsible for drafting extensive submissions on behalf of Madden & Finucane’s clients. Following the publication of the Saville Report in 2010, Fearghal drafted detailed written submissions to the Public Prosecution Service seeking the criminal prosecutions of those members of the British Army responsible for the murders and attempted murders committed on Bloody Sunday, and to the Crown Prosecution Service in London in respect of the perjured evidence given on oath by many former British soldiers to the Tribunal whilst it took evidence there in 2002/03.

He was the solicitor representing two of three appellants in recent Court of Appeal proceedings, Bernard Fox & Others v PSNI [2013] NICA 19, (delivered 9 May 2013), challenging the use and abuse by the PSNI of Stop and Search powers and is now co-ordinating civil proceedings against the Chief Constable of the PSNI concerning unlawful detentions by the PSNI under the Justice and Security (NI) Act 2007. Fearghal is also currently pursuing a legal challenge to amended legislation, post the Court of Appeal’s decision enabling the PSNI to persist with Stop and Search powers. This challenge asserts incompatibility between the existing domestic legislation and the European Covention on Human Rights. A full hearing will take place in early 2014.

He has also represented life sentence prisoners in proceedings before the Parole Commissioners and the Parole Board of England and Wales, at hearings concerning prisoner release, and legal challenges arising from decisions of those bodies. On 9 October 2013, Fearghal achieved a landmark decision at the Supreme Court UK in London, securing the unanimous approval of senior judges by utilising the European Convention on Human Rights to secure oral hearings before the Parole Board for post tariff life sentence prisoners.

He has also advised Irish prisoners seeking repatriation to Ireland from prisons in England, mainland Europe and the USA, and prisoners released on license under the Good Friday Agreement who have subsequently been recalled to prison, as well as Irish Republican prisoners in jail at Maghaberry prison and in jails in southern Ireland. He has taken cases to the the High Court in Belfast and ultimately to the European Court of Human Rights for Irish Republican political prisoners arising out punitive sanctions imposed by the Northern Ireland Prison Service for prisoners wearing a commeroative Easter Lily.

Fearghal also has made successful applications to the Criminal Cases Review Commission on behalf of former political prisoners, having unsafe convictions referred to the Court of Appeal. He has secured substantial six figure awards of compensation for proven victims of miscarriage of justice.

Fearghal’s special interest however lies in representing families bereaved by State violence at controversial inquests and associated litigation. He has spearheaded complex challenges before the House of Lords and Supreme Court which have defined the obligations on the State in terms of the scope of Coroner’s inquests following the use of lethal force by the RUC and British Army, and the extent of the obligations on the Chief Constable of the Police Service to provide full and complete disclosure to Coroners inquiring into controversial deaths, culminating in the re-opening of long abandoned inquests into the deaths of several civilians in Lurgan and Armagh at the hands of the RUC in 1982, (known as the “Stalker Sampson Cases”) and the release of top secret reports into those incidents by Greater Manchester and West Yorkshire Police to the bereaved families. These cases have re-defined the parameters for inquests at which the State shall be forced to account for the deaths of civilians and shall be the legal framework upon which dozens of outstanding “legacy inquests” shall proceed.

Fearghal has been the lead solicitor at the first Inquests in which members of the British Army and RUC have been compelled to give evidence, and in high profile legal proceedings challenging flaws and decisions taken in inquests held in 2012 touching the deaths of Martin McCaughey and Dessie Grew in 1990, and Pearse Jordan in 1992. On behalf of those families, he is now pursuing judicial review applications challenging the fairness and compliance with European Convention on Human Rights of the inquest proceedings. Before 2000, state agents responsible for the use of lethal force were not compellable witnesses. A successful challenge taken by Madden & Finucane on behalf of the family of Patrick Pearse Jordan secured the compellability of state agents responsible for lethal force.

Fearghal has frequently represented applicants in successful judicial reviews before the Court of Appeal in Northern Ireland and has unparalleled experience in this jurisdiction in successfully bringing cases to the Supreme Court of the United Kingdom (formerly the House of Lords) and against the British Government at the European Court of Human Rights in Strasbourg, securing violations of Article 2 of the European Convention on Human Rights by the British Government in the cases of Brecknell v UK; O’Dowd v UK; Reavey v UK; McCartney v UK and McGrath v UK; McCaughey, Grew & Quinn v UK ; and a violation of Article 5(4) in Reilly v Parole Board.

Fearghal has also successfully pioneered the use of applications to the Attorney General for Northern Ireland to establish new inquests into the deaths of civilians at the hands of the RUC and British Army, achieving fresh inquests into the deaths of Gerard Casey (murdered by loyalist paramilitaries in collusion with the RUC in 1989), and Francis Bradley, Danny Doherty and William Fleming (murdered by the SAS), and Kathleen Thompson, murdered by the British Army in Derry in November 1971. Decisions on several further applications to the Attorney General into controversial murders by the RUC and British Army, (in some cases aided by loyalist paramilitaries and paid agents) are pending.

Fearghal is also closely assisting Peter Madden in the legal challenge to the refusal of the British Government to establish an independent public inquiry into the murder of Patrick Finucane in 1989.