The murder of Hugh Gilmour by Soldier U, Mortar Platoon, Support Coy, 1 Para, near the front door of the Rossville Flats on Bloody Sunday 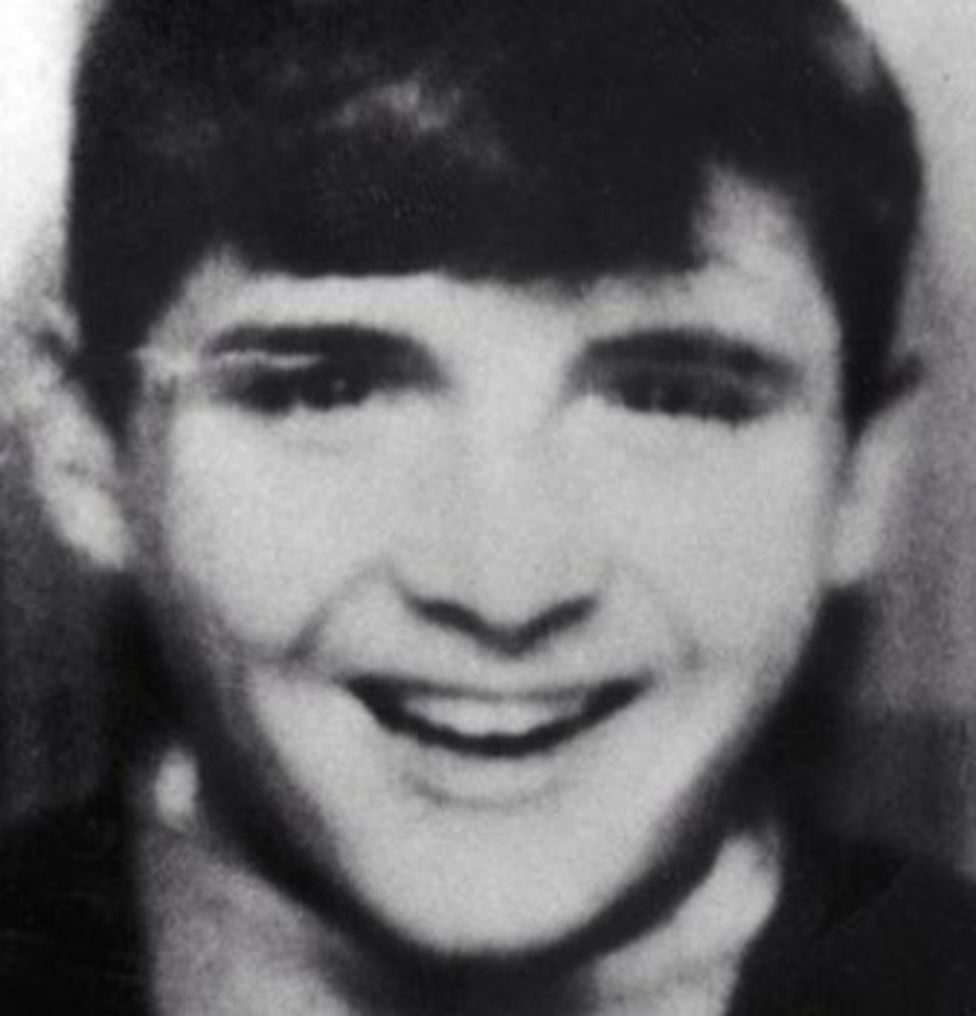 Hugh lived in the Flats, he was seconds from safety when he was murdered. He was 17 years old.

This is a short extract from Arthur Harvey QC’s cross examination of Soldier U on 22 September 2003 in London. It is likely from the graphic description he gave of John Young’s facial wounds that he threw John’s body into the back of an army pig near the Rubble Barricade. The bodies of Michael McDaid and William Nash were then thrown on top of John.

This is a short – yet depressing – extract from a lengthy cross examination:

MR HARVEY QC: Q: Soldier U, .. There are a number of matters that I would ask you kindly to be of assistance with. On Bloody Sunday you killed someone; that is clear in your mind; is it not?

Q. Over 30 years or even on the day have you ever shown the slightest interest in seeking to establish who the person was who you believe you shot dead?

A. I cannot answer that.

Q. One of the main reasons for the holding of this Inquiry is quite simply that no paratroopers were shot dead; you have stated that to this Inquiry in your statement … is that not right?

A. That is right.

Q. You have also, in your statement … given a description of a young boy being put into the back of a Saracen that has troubled you over a long number of years; is that not right?

Q. You have also said in the statement … that you honestly believe that that young boy was innocent; is that right?

A. I said my recollection of the day I believe the boy was shot by somebody other than soldiers.

Q. If we go approximately halfway down: “I shot a man that day. I have gone over it in my mind many times over the years. I also have the picture of the boy who had been shot in the head ingrained in my mind and I have tried very hard to put it out of my mind. I have seen dead bodies before that one, but that one was somehow different; I do not know why. He was so young and it seemed such a waste. In all honesty I do not think now he was a gunman. I do not recall what I thought at the time. I think he just got caught up in it. I think someone shoved him out to throw some stones. I do not know who shot him or why or what he was doing.”

Soldier U, do you believe that young boy, in the description that you gave, is a perfect description of John Young who was shot at that barricade deserved the justice of finding out who shot him dead; do you believe that, either you do or you do not, I am not here to quarrel with you, I am just here to find out what your position is.

A. My position is as I have said it there: I have gone over it in my mind several times.

Q. I ask you again: do you believe that young boy, who was shot dead, deserves the justice of being able to establish who shot him?

A. If anybody was shot in illegal circumstances, they deserve justice.

Q. Even if it is not illegal circumstances, do you not think that the soldier who shot him owes a duty to explain why he was shot?

A. I still believe a soldier did not shoot him.

Q. Now you shot someone. You have made no attempt, although you have thought about it over the 30 years, to establish which of the 13 people that was shot dead, you killed; is that right?

Q. Perhaps you are prepared to assist me in trying to establish at least who it is likely that you shot dead on that day?

A. (Pause). Could you repeat the question?

Q. Are you prepared to assist in trying to establish who the person was you shot dead that day?

“The Tribunal have no doubt that Private U shot Hugh Gilmour either in the belief that Hugh Gilmour was not posing a threat of causing death or serious injury, or not caring whether or not he was posing such a threat.” – BSI Report Vol 5, Chapter 89.47, page 644.