Peggy Deery and Michael Bridge were shot in the area of the Rossville Flats car park by members of Mortar Platoon of 1 Para. They were carried to Mr Nelis’ house at 33 Chamberlain Street, where shortly after every male civilian present was arrested for riotous behaviour.

While I was crouched down by this wall, I was spoken to by a soldier who I now know was called [SOLDIER’S NAME REDACTED]. He was a para.

While I was crouched down and was facing the wall, he came up behind me. He told me he had been wounded in Belfast, but had then got his revenge by killing four Irishmen. He told me how he had shot two of them in the head, one of them in the chest and one of them in the balls. I remember him saying how he had enjoyed watching the man who he had shot in the balls dying slowly. He then said to me that he was going to kill me as well today and that I wouldn’t see tomorrow or see my wife again. After what I had seen had happened to Mrs Deery and the young boy in the Rossville Flats courtyard, I completely believed what [SOLDIER’S NAME REDACTED] told me and was certain that I was going to be killed imminently.

[SOLDIER’S NAME REDACTED] was much shorter than me. I am six feet tall and I would say that he came up to my shoulder. He was about five feet three inches tall. He was wearing a helmet and carrying an SLR, and spoke with a Scottish accent.” 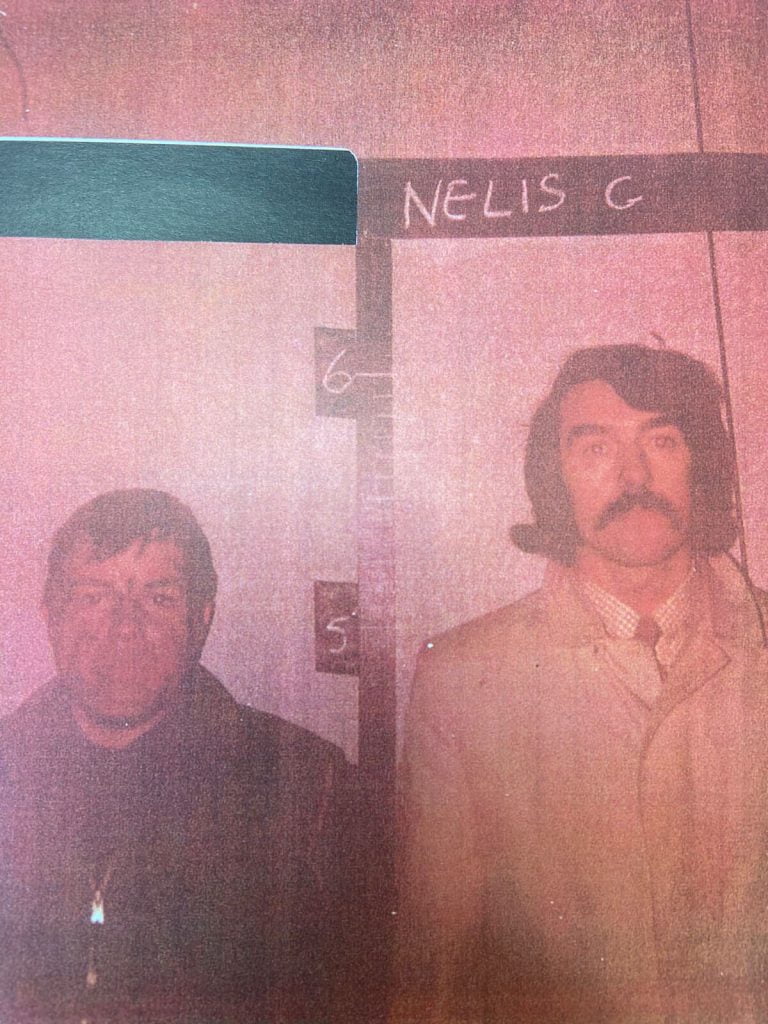 On the left, Scottish paratrooper anonymized as INQ 12 with prisoner George Nelis, in whose home Peggy Deery and Mickey Bridge were being treated for gunshot wounds received on Bloody Sunday. Photograph taken at Fort George British Army base.