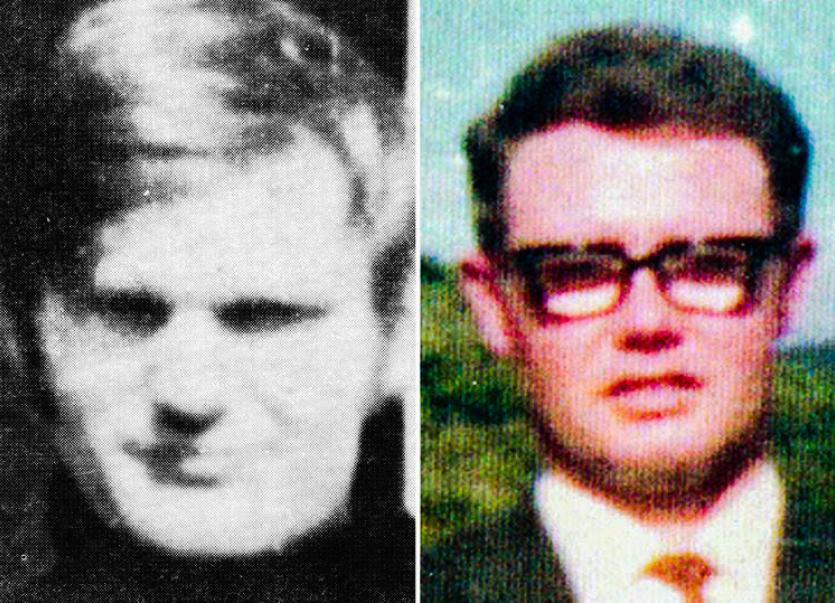 James Wray and William McKinney who died on Bloody Sunday

ANY ban on prosecutions for Troubles’ killings will be a clear message to the world that Boris Johnson’s government thinks Irish lives don’t matter, Bloody Sunday families have said.

John Kelly, whose brother Michael (17) was shot dead at the 1972 civil rights march in Derry, has called on the Irish government to take “whatever international legal or political action necessary” to stop moves to introduce a statute of limitations on Troubles prosecutions.

Mr Kelly was responding to leaked reports that the British government intends introducing the move in next week at Westminster when it lays out the legislative agenda for the coming year.

A number of Bloody Sunday families are also seeking a judicial review of a Public Prosecution Service decision not to charge other former soldiers.

“The British government is saying this would apply across the board but in reality they are talking about Irish lives. What they’re saying is it makes all the innocent victims who died terrible deaths non-people, not even worthy of basic justice; it’s obscene,” Mr Kelly said.

“If they press ahead with this plan, they are effectively telling the world that Irish lives don’t matter, whether they be from the unionist or nationalist traditions. Essentially by denying justice to the victims and their families, they are making victims of new generations of Irish people.”