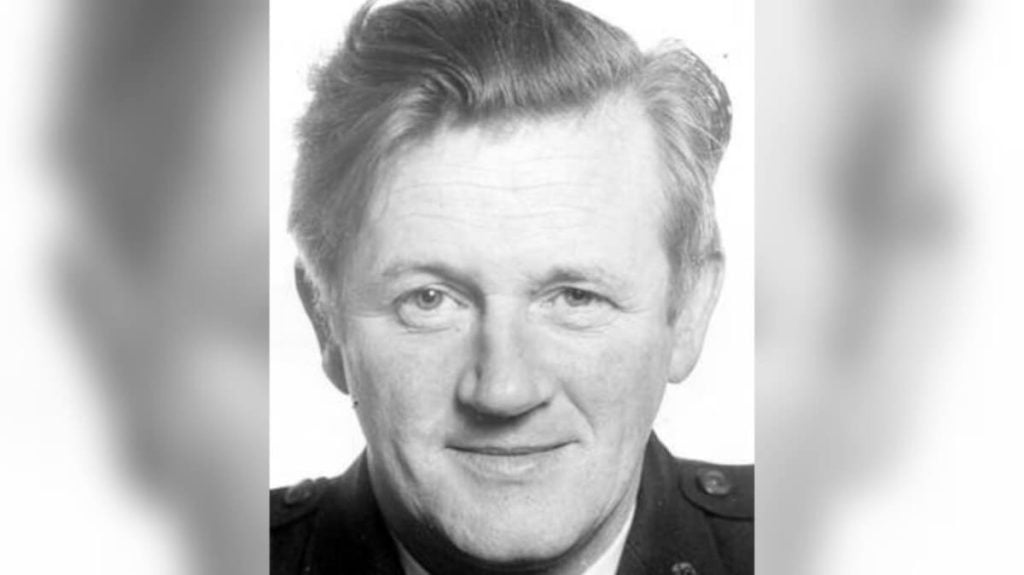 On this day 45 years ago, 25 February 1977, Sergeant Joe Campbell was shot dead outside Cushendall police station in County Antrim. In 1981 an RUC Special Branch officer was acquitted of his murder.

Rumours persist that loyalist serial killer and paid state agent, Robin Jackson, with the assistance of a Military Intelligence Liaison Officer based in Magherafelt committed the murder at the direction of RUC Special Branch.

More than 6 years after a new inquest was ordered, it has yet to take place. It will examine credible evidence that Joe Campbell was murdered for exposing serious criminality being committed by police officers and their agents in the Glens area; gun running by loyalist paramilitaries, and that the RUC – up to the rank of Chief Constable – were aware of the threat to Joe Campbell’s life but took no steps to protect him.