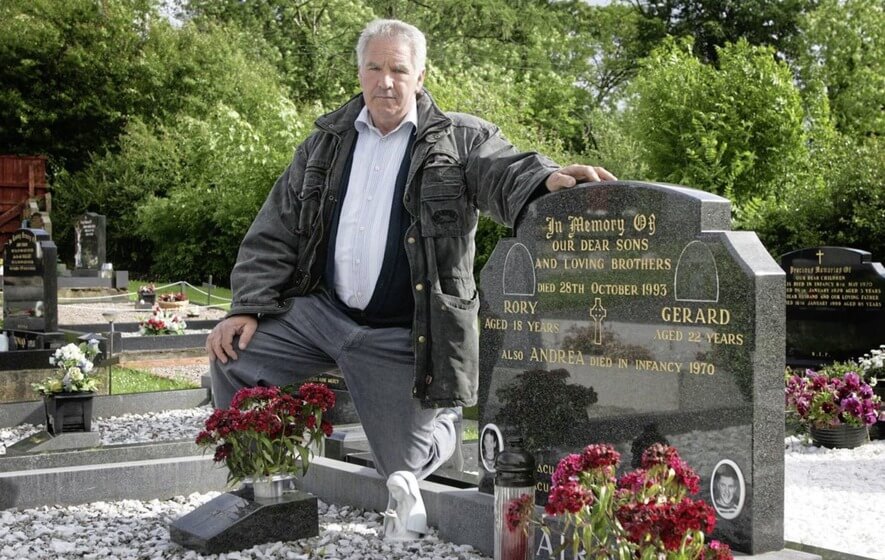 Eamon Cairns whose sons Rory and Gerard were killed by the UVF in 1993.

THE father of two Catholic brothers murdered by suspected agents has accused the British government of inflicting “injustice and cruelty” on innocent families.

Eamon Cairns spoke out on the anniversary of the murder of his sons Gerard (22) and Rory (18) Cairns, who were shot dead in the living room of their home near Bleary, Co Armagh, on October 28, 1993.

Collusion is suspected in the murders.

Three suspected agents have been linked to the case, including former UVF commanders Robin Jackson and Billy Wright, who are both dead.

Details came to light in 2019 during a BBC interview given by former loyalist Laurence Maguire who claimed he had been involved in an aborted attempt to target the family, planned by Jackson, a year earlier.

He also claimed that targeting information came from Wright and was supplied to him by RUC members.

Jackson and Wright were among nine loyalists arrested after the murders but released without charge.

Mr Cairns last night claimed that since the BBC programme was broadcast the PSNI has not contacted his family about the case.

He believes that British government proposals to introduce a Troubles amnesty, and end civil proceedings and inquests, will deny his family access to justice. 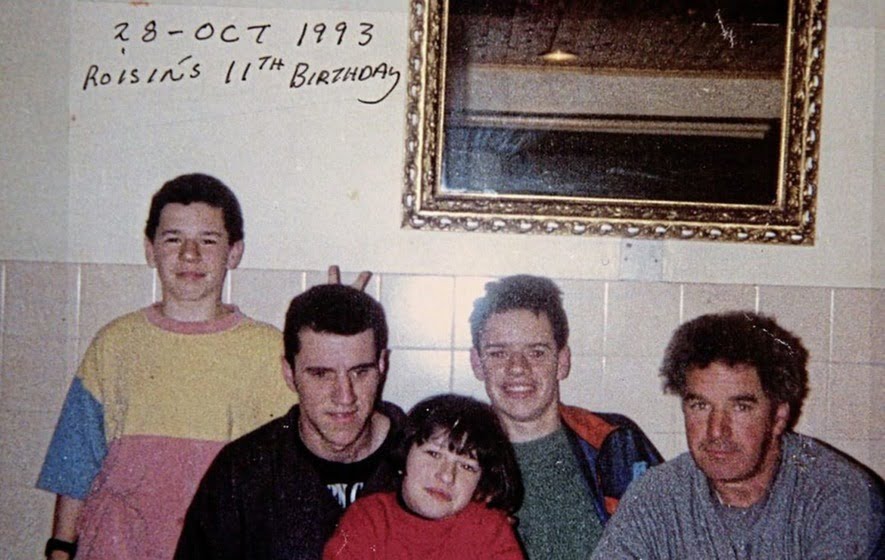 The last photograph taken of Gerard, second left, and Rory Cairns, second right, with their sister Roisin who was celebrating her 11th birthday on the night the brothers were shot dead by the UVF in their home.

“The British government have blocked every avenue in getting to the truth,” he said.

“The government has said that they are going to be bringing an end to all (investigations) and court cases against their government, so we, the Cairns family, have to face the fact that we are denied justice after all these years.”

Mr Cairns added that the government had inflicted “injustice and cruelty on innocent families”.

“There can be no such thing as ‘peace’ or reconciliation until justice is served and the truth is free.

“The right thing we ask in our heart of hearts is for England to leave our country,” he said.

“We know and believe that we will only feel free when we hear that the date has been set for England to leave Ireland.”

During a legal challenge by the family earlier this year it emerged the court was advised that police are “investigating the issues raised by the content of the programme”.

Mr Shiels last night said the family had a lack of confidence adding he has written to the PSNI to ask exactly what steps it has taken to investigate the double murder.

A spokesman for the PSNI said: “Officers from the Police Service of Northern Ireland’s Legacy Investigation Branch continue to make enquiries to establish whether there is any other evidence which would enable police to progress this investigation.”

“As this process is ongoing, we are unable to comment further at this time.”

A spokesman for the UK Government said: “The current system for addressing the past is not working well for anybody, most importantly victims and survivors.”

The spokesman said that “obtaining information, through thorough and robust investigations, is the cornerstone of the government’s proposals”.

He added that the government will consider its “next steps carefully”.