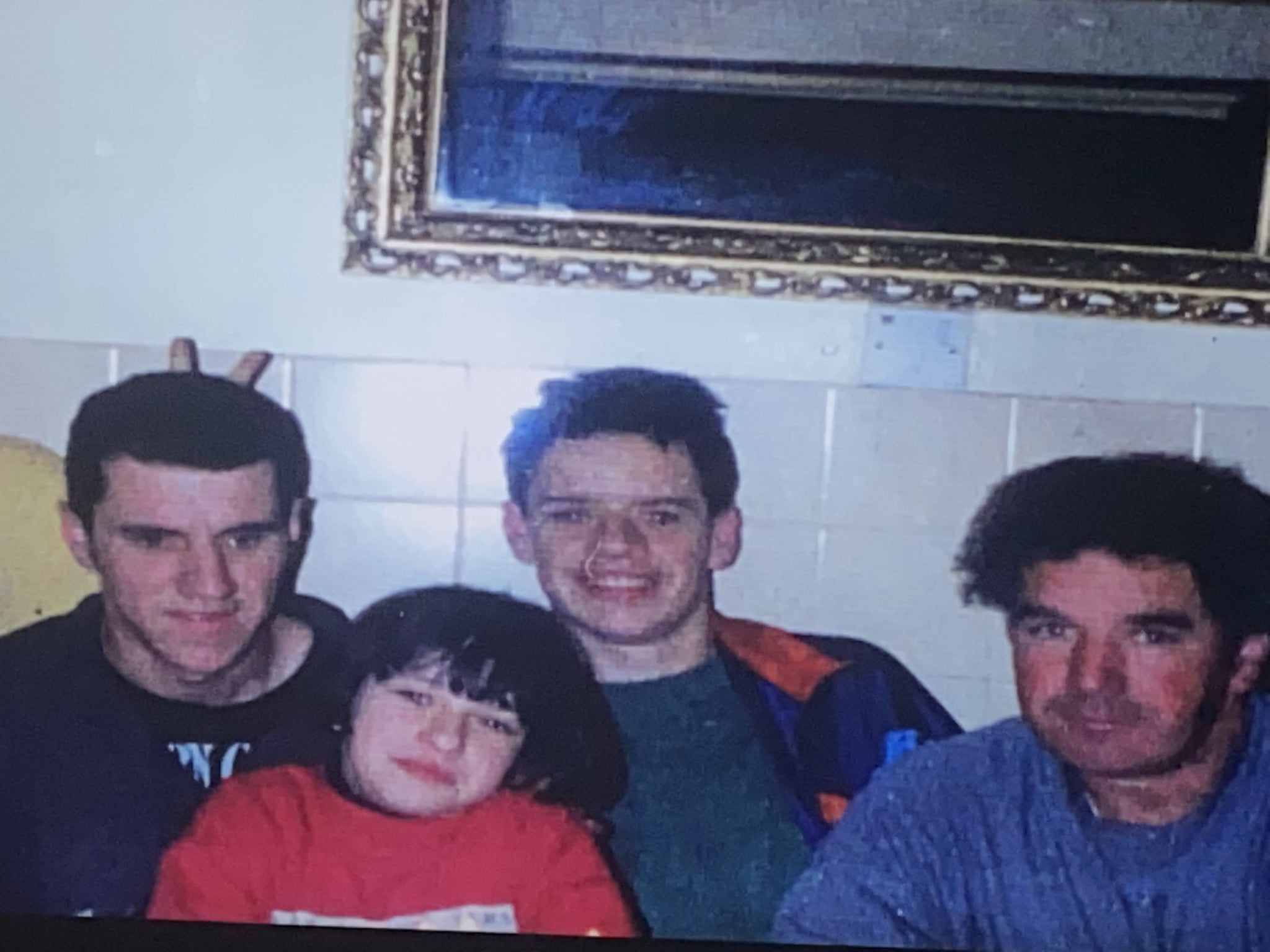 Gerard (22) and Rory Cairns (18) a couple of hours before they were shot, with their dad Eamon and sister Róisín who was celebrating her 11th birthday that day

Two years ago, to this very day, on 15 October 2019, BBC Spotlight broadcast new and compelling evidence about RUC collusion in the murders in 1993 of Rory (18) and Gerard Cairns (22) at their home in Bleary, Co Armagh, by the mid-Ulster UVF.

The evidence came directly from Laurence Maguire, a prominent UVF member, convicted in 1994 of directing terrorism and involvement in 5 sectarian murders.

Maguire admitted on national television to conspiring to murder every male member of the Cairns family in 1992, a year before Rory and Gerard were murdered, relying upon information supplied by the RUC.

In February 2021 the High Court refused Eamon Cairns permission to proceed with a judicial review of the refusal of the Secretary of State to establish a Public Inquiry into the murder of his two sons.

The Secretary of State had argued in the High Court that the PSNI were still actively reviewing the evidence broadcast on BBC Spotlight and that Eamon’s legal challenge was premature.

Two full years on from BBC Spotlight and approaching the 28th anniversary of the murders of Rory and Gerard, the PSNI has yet to darken Eamon Cairns’ door to explain its abject failure to react to this new evidence.

This PSNI inaction is a clear vindication of the Cairns family’s pursuit of an independent Public Inquiry and illustrates that the PSNI is incapable of carrying out an effective investigation.

This will be the subject of further legal action in the coming weeks.