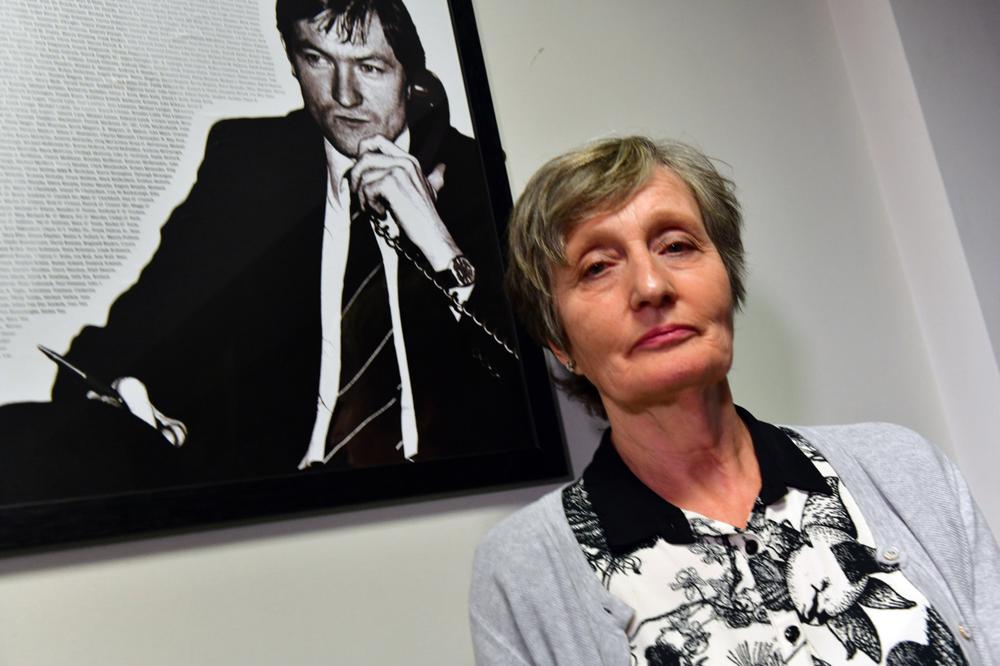 The British Government will not be seeking a closed hearing in a case centred on the murder of Belfast solicitor Pat Finucane, the High Court has been told.

Counsel for Secretary of State Brandon Lewis instead indicated an intention to prevent disclosure of some material which could be damaging to the public interest.

The development came in legal action over Mr Lewis’ decision not to hold a public inquiry into state collusion in the killing.

But with a full hearing listed for November, a lawyer representing Mr Finucane’s widow questioned the steps taken to meet her challenge.

Fiona Doherty QC said: “We remain concerned and sceptical about the Secretary of State’s failure to abide by dates set by the court, (he) appears to set his own timetable.”

Geraldine Finucane is judicially reviewing Mr Lewis for ruling out a public inquiry at this time, alleging that the decision breaches her human rights.

Her husband was shot dead by loyalist paramilitaries at their north Belfast home in February 1989.

The Finucane family have campaigned ever since for a public inquiry to establish the full scale of security force collusion in the assassination.

In February 2019 the Supreme Court held that previous probes into the killing failed to meet Article 2 human rights standards.

The murdered solicitor’s widow initially issued proceedings in a bid to force the Government to act on the finding that no proper investigation has been carried out.

Mr Lewis apologised for the delay in making a decision, but announced last November there would not be a public inquiry at this point.

He said that other police review processes needed to run their course.

An order was then made for the Secretary of State to pay £7,500 damages to Mrs Finucane for the “excessive” delay in reaching his position.

The current challenge centres on the legality of his decision to await the outcome of reviews by the PSNI’s Legacy Investigations Branch and the Police Ombudsman.

Archived documents have been recovered from police facilities at Seapark in Co Antrim as part of preparation for the case – including some material never previously in the public domain.

The court previously heard it may be necessary to seek a Closed Material Procedure (CMP), where the state can present some evidence without disclosure to other parties on grounds of national security.

Those restrictions, deployed under the Justice and Security Act 2013, have been likened by some to secret court hearings.

But an alternative legal application for a Public Interest Immunity (PII) certificate to redact some of the evidence is now being sought.

Paul McLaughlin QC, for the Secretary of State, confirmed yesterday: “We are of the view that a CMP is not going to be necessary, and that the hearing can proceed on the basis of PII, which is obviously something of significance.”

Efforts are continuing to trawl through “dense and sensitive” documents, he told the court.

Listing a further review in October, he warned: “If we arrive (at that date) and the evidence hasn’t been filed at that stage I will not be at all happy.”