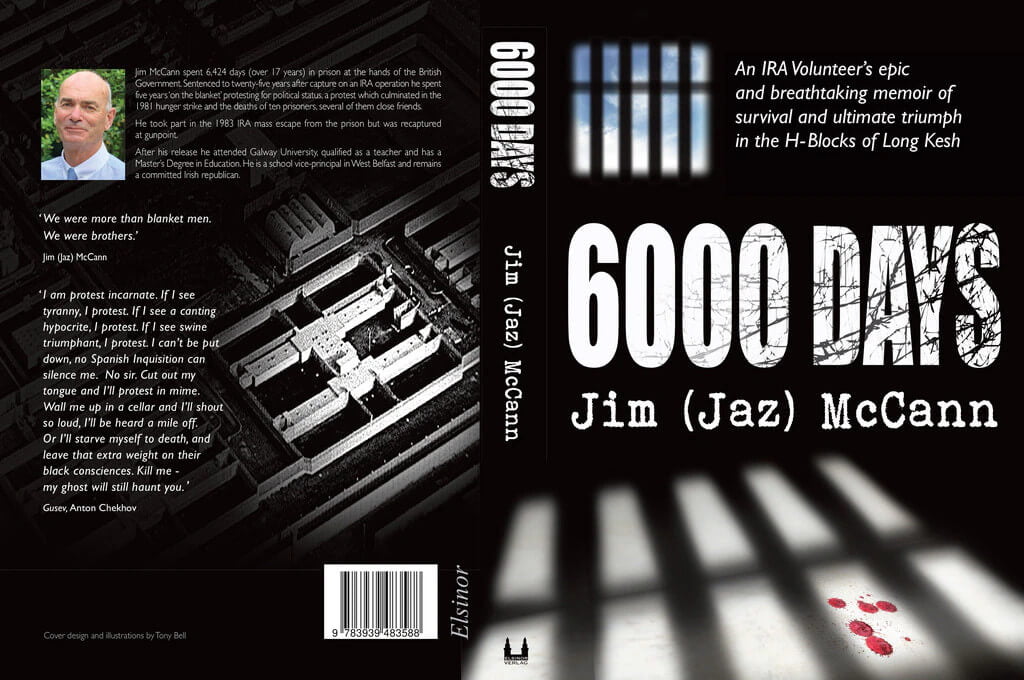 The banning of literature by the Prison Service may be subject to a judicial review after a remand inmate was denied access to a critically acclaimed book by a local author.

Officials have refused to allow 6,000 Days by Jim ‘Jaz’ McCann into Maghaberry after it was posted to the man by his wife.

The inmate, who is not charged with any paramilitary-linked offence, is in the enhanced level regime, meaning he is considered a model prisoner.

Solicitor Ciaran Shiels of Madden & Finucane said his client, who was born in England, was “never adjudicated upon, (and has a) totally clear record in terms of adverse reports or offences against the prison rules, had passed all drug tests and would be trusted enough to be a cook in the kitchen for all prisoners”.

“He would be an avid reader and now is in his early 50s.”

Maghaberry has deemed the book by Mr McCann, a former IRA prisoner who is now a school principal, “inappropriate”, but has given no other explanation for censoring the recently published work.

The paperback is an account of the 6,000 days the Belfast man spent in the notorious Long Kesh/Maze, which was shut more than two decades ago.

Convicted for a gun attack and sentenced to 25 years, Mr McCann’s incarceration coincided with the Government’s withdrawal of political status and the commencement of the dirty protest by republican inmates and the hunger strikes that resulted in the deaths of 10 prisoners.

The book, which gives a graphic and unvarnished version of life behind bars, has received critical acclaim since being released earlier this year.

Meanwhile, The Hitmen is an account of the Wilsons, a family of gangland killers who acted as guns for hire for criminal cartels across Ireland for over a decade.

It climbed to number one in the Irish bestseller list, and has remained in the top 10 since publication.

Author Mr Breen said the book was a “factual account of a period in Irish criminal history, fully documented and sourced”.

He added: “While I am pleased that the book was finally allowed into Maghaberry, I remain concerned at any ongoing literary censorship by the Prison Service.”

Mr Shiels said: “We have sent the governor of the prison initial correspondence asking for the prison administration’s full written reasons and legal authority that grounds the decision to refuse the prisoner permission to read 6000 Days.

“At first instance it seems to be wholly lacking in rationality or reasonableness. The decision contrasts very poorly with the access he has been permitted to read The Hitmen.

“Both books are of very significant historical interest and have attracted national acclaim and widespread commendation.

“Both books educate and inform the public of recent historical events.

“We have put Maghaberry Prison on notice that unless the decision is reviewed and rescinded as a matter of urgency, we will be advising the prisoner to challenge this decision by way of judicial review in the High Court.”