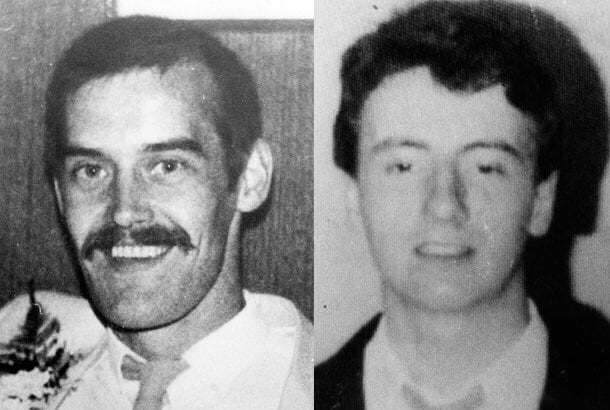 On this day in 1984, Danny Doherty (23) and William Fleming (19) were shot dead by undercover British soldiers in the grounds of Gransha Hospital in Derry. Three soldiers fired 59 rounds from four weapons. No shots were returned. In 2010 the Attorney General ordered a new inquest after the High Court found that the Chief Constable of the RUC unlawfully withheld documents from the Coroner. More than 10 years later, the inquests have still not been held.