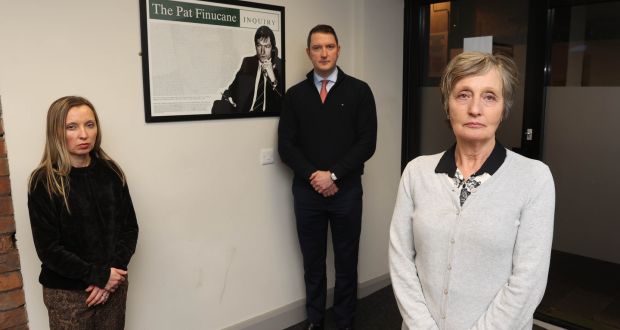 The Finucane family has been here before. In 2001 the UK government agreed that a “judge of international standing” would be appointed to carry out a “thorough investigation” of allegations of collusion in the murder of Belfast lawyer Pat Finucane.

Almost two decades later there has still been no public inquiry. In the interim Finucane’s murder has been considered by three senior figures, each of whom found evidence of collusion between British security forces and loyalist paramilitaries; most recently, the British QC Desmond de Silva reported in 2012 that agents of the British state were involved in the murder and that it should have been prevented.

Instead the Finucane family sought recourse through the courts, with the UK supreme court ruling last year that there had never been an effective official investigation into the murder, and that the UK government’s failure to do so was in breach of article 2 of the European Convention on Human Rights.

But the court also ruled that it was up to the UK government to decide if there should be a public inquiry, a course of action that was on Monday rejected – in the short term at least – by Northern secretary Brandon Lewis.

Experience has taught the Finucane family not to get their hopes up, that this would be the likely outcome from a government that since the Saville inquiry into Bloody Sunday has resisted what it terms lengthy and costly inquiries into the past, and which earlier this year departed dramatically from the approach to legacy accepted in the Stormont House Agreement, instead pledging to end the “cycle of reinvestigations into the Troubles in Northern Ireland that has failed victims and [British army] veterans alike”.

Nevertheless, the rationale delivered by Brandon Lewis – that the UK’s article 2 obligations can be met without a public inquiry and that it should not be established “at this time” because of the need to allow police and police ombudsman “processes” to run their course – have compounded the anger of the family and, rather than drawing a line under one element of the North’s past, exposed yet again the deep fissures that divide it.

The Irish Government, the Labour Party in the UK, 24 members of the US Congress as well as Sinn Féin, the SDLP, the Alliance Party and the Greens in Northern Ireland all support a public inquiry. Backing Lewis’s decision, the DUP and the Ulster Unionist party spoke, respectively, of the need for “innocent victims to have access to truth and justice” and to avoid a “hierarchy of victims”.

Yet the significance of Pat Finucane’s case is that it has never been just about an individual, or his family. It is controversial precisely because it is symptomatic of wider questions that remain as yet unanswered – how the rule of law was and is implemented in Northern Ireland, how far up the chain of command collusion went, and how to address the ghosts of the North’s past, which continue to haunt its future.