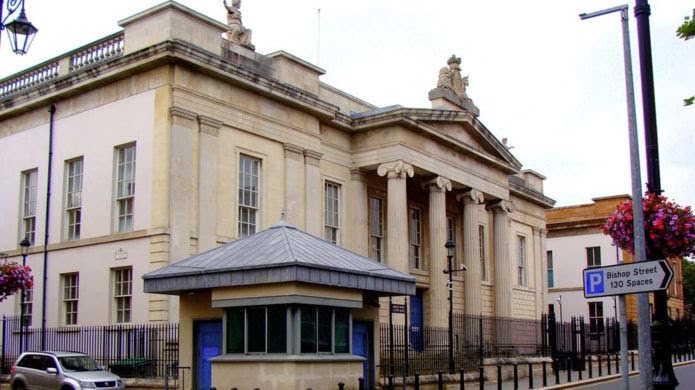 Simon Clarke and Anthony Devine were charged with conspiracy to kidnap a man on September 21.

Clarke was also accused of possessing a weapon or imitation weapon on the same date.

The court was told that Clarke was arrested and a number of text messages were found on his phone between him and a man subsequently identified as Devine.

The officer said that Clarke asked Devine did he still want a named individual ‘done in’.

When Devine allegedly agreed Clarke is said to have texted in reply: “I will have him in the boot of a car” before asking where he should bring him.

The messages allegedly went on from Clarke that he would ‘get a few balaclavas and would only need two other people.’

Both men were said that they would talk later.

The officer said that later that afternoon both Devine and Clarke were in a car and a balaclava and a weapon were found in the vehicle.

The officer said it was believed that the incident arose out of the fact that Devine and the intended victim of the kidnap had been in a relationship with the same female.

Ciaran Shiels, defence solicitor for Clarke, asked the police officer if his client had given details of where he had bought the gun and was told he had.

Maoliosa Barr, defence solicitor for Devine said his client had co-operated with police and said he believed it was all ‘nonsense’.

Both men were remanded in custody.