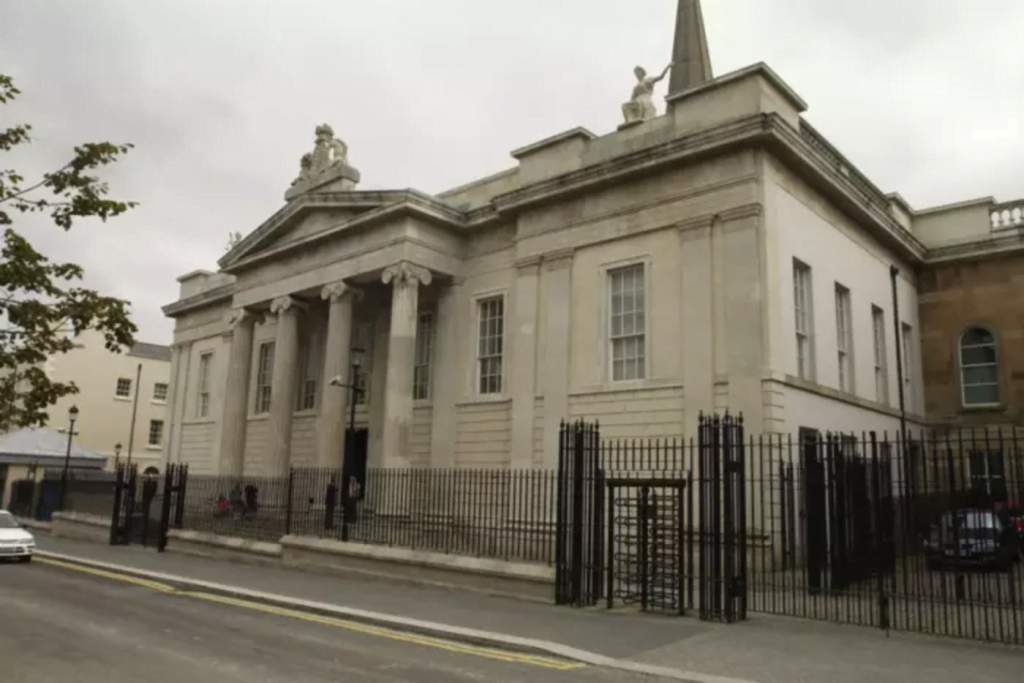 The courthouse at Bishop Street, Derry

Day 4 of the inquest into Kathleen Thompson’s death, where Madden & Finucane represent the Thompson family.

The barrister representing the family of a Derry mother-of-six shot dead by a British soldier said expert reports suggested a gun was pointed between the gaps in her garden fence and her shooting was ‘cold blooded murder’.

Kathleen Thompson, 47, was shot dead in the back garden at her Rathlin Drive home in Creggan home by a bullet fired by a British soldier on November 6, 1971.

Around midnight on the night Ms Thompson was shot dead, members of the Royal Green Jacket Regiment carried out a raid on a house in Rathlin Drive.

Shortly after the raid Mrs Thompson was found dead in her garden, where she had been discovered by her husband, Patrick, and daughter, Minty, who was 12-years-old at the time. Mrs Thompson had been killed by a high velocity bullet that had struck her in the chest.

The soldier who admitted firing two rounds into Mrs Thompson’s back garden has, today, been giving evidence for the third day at the inquest.

The former soldier, known only as Soldier D, has been screened off from the court while giving evidence, however, the Thompson family are permitted to see him.

Karen Quinlivan QC, representing the Thompson family, told Soldier D that expert ballistic evidence would suggest that Mrs Thompson was shot by a gun that was pointed through the gaps of her back yard fence.

She said: ‘It cannot be excluded that the muzzle of the gun was was in between the the gaps of the fence. I suggest that, if you did that, it was cold blooded murder.’