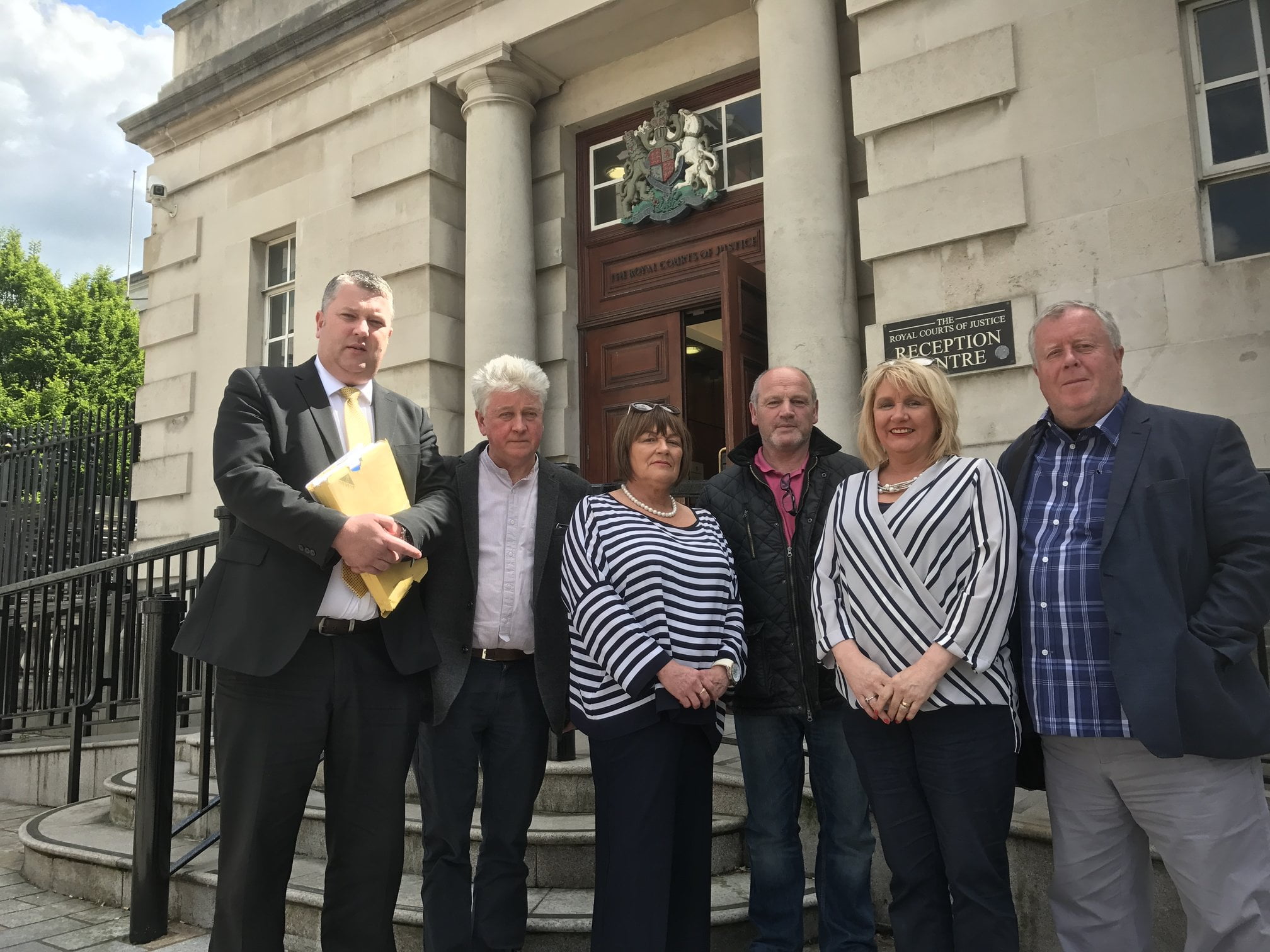 Three of Kathleen Thompson’s children attending the Coroner’s Court in Belfast this afternoon, where they heard Mr Justice Colton fix an inquest into their mother’s death to begin on 23 October 2017 at Derry Courthouse. Kathleen, a wife and mother of six, was shot dead in the garden of her own home, in Creggan, Derry, by a British soldier on 6 November 1971. A new inquest was ordered into Kathleen’s death in 2013 by the Attorney General.

Pictured are Minty, Erne and Patricia, with their solicitor Fearghal Shiels of Madden & Finucane, and human rights campaigners Paul O’Connor of the Pat Finucane Centre and Robert McClenaghan from the McGurk’s Bar Massacre Campaign for Truth.