Vulnerable man admitted 1977 Belfast bomb attack to get police off his back, appeal court hears 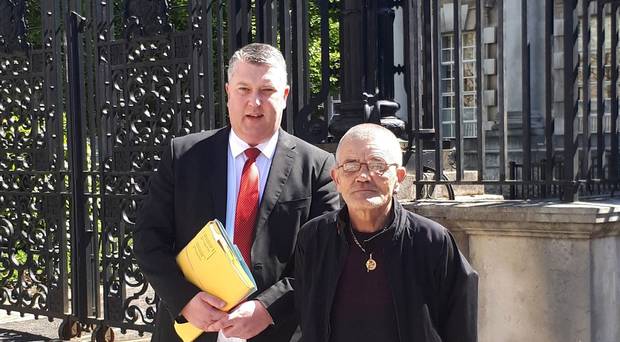 Report from the Court of Appeal where Madden & Finucane represent New Lodge man Jimmy Goodall in appeal against 1977 bombing conviction.

A mentally vulnerable man jailed for a bomb attack in Belfast 40 years ago made admissions just to get police off his back, the Court of Appeal heard on Wednesday.

Lawers for James Goodall claimed he was subjected to oppressive interrogation and incapable of having drafted his alleged confession.

The 63-year-old was sentenced to 15 years imprisonment for causing an explosion at the Academy Shirt Factory on Exchange Street in March 1977.

He is now attempting to have his conviction quashed after the Criminal Cases Review Commission (CCRC) referred his case back to senior judges in Belfast.

Mr Goodall, from the New Lodge area of Belfast, was arrested in Scotland days after the attack while en route to a Glasgow Celtic football match.

He was held for seven days before being returned to Northern Ireland for further questioning at the Castlereagh detention centre.

Although aged 24 at the time of his trial, educational reports indicated his attainment levels and IQ were well below average.

He can sign his name but is unable to read or write, the court heard.

According to his legal team the only evidence establishing guilt were admissions allegedly made during police interviews.

Mr Goodall pleaded not guilty and claimed he was elsewhere at the time of the bombing.

Despite disputing that he signed the statement produced by police, he was subsequently found guilty.

Following an initial failed appeal the CCRC, which examines potential miscarriages of justice, carried out a detailed review of the case.

The body decided there was a real possible Mr Goodall’s conviction could be quashed, based on new evidence relating to his vulnerability at the time.

He now accepts his signature is on the confession, but rejects its reliability.

Giving evidence at the appeal hearing, he said: “I told them (police) a load of nonsense.

“I just wanted to get out of there, to be honest.”

Defence lawyers argued that their client should have been interviewed with an appropriate adult present.

They claimed that any admissions and written confession are unreliable.

His barrister, Karen Quinlivan QC, insisted it was implausible that he had either dictated the coherent statement or used the coherent vocabulary used in it.

“He says to police during interviews ‘Do you want me to admit it?'” she told the court.

Prosecution representatives claimed Mr Goodall had deliberately and strategically lied in an attempt to deceive the court.

But Ms Quinlivan contended: “He doesn’t have the capacity to engage in that conniving behaviour.

“The court cannot be confident this is a lying, manipulative defendant, as opposed to a defendant whose cognitive impairment impacted on his interaction with his solicitor and impacted on the trial process.”