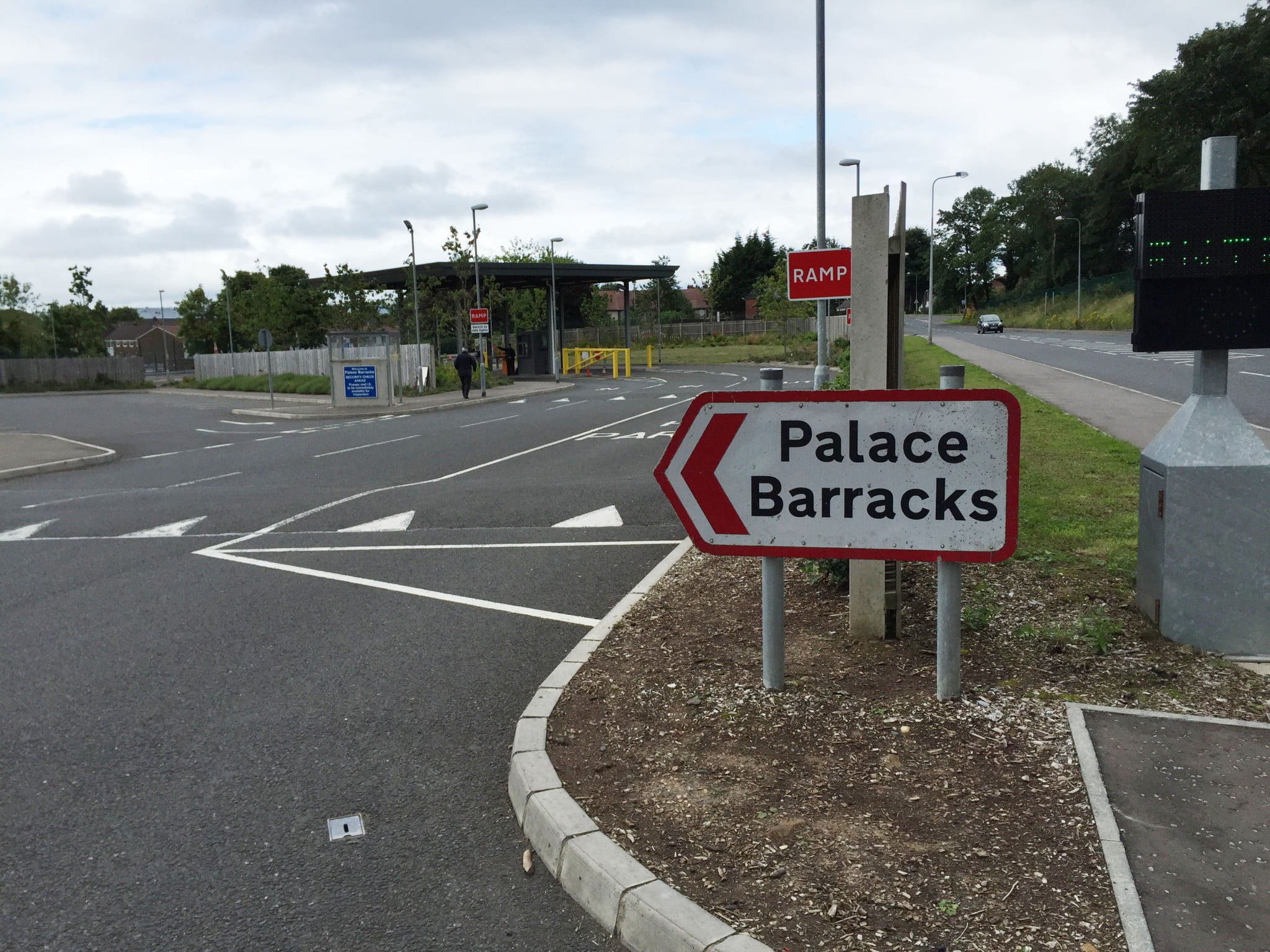 Police have arrested a man over a bomb attack on an Army base in Northern Ireland.

A small device exploded in the back of a postal van inside Palace Barracks in Holywood, Co Down, in August 2015.

A man aged 42 was detained by detectives from the PSNI’s serious crime branch and has been taken to a Belfast city centre police station for questioning, a statement from the force said.

No one was injured in the attack, blamed on dissident republicans, but a number of vehicles were damaged.

The Northern Ireland headquarters of secret service MI5 is based on the site.

Dissidents opposed to the peace process have attempted to use the postal service several times to target security force installations and government ministers in Northern Ireland and England.