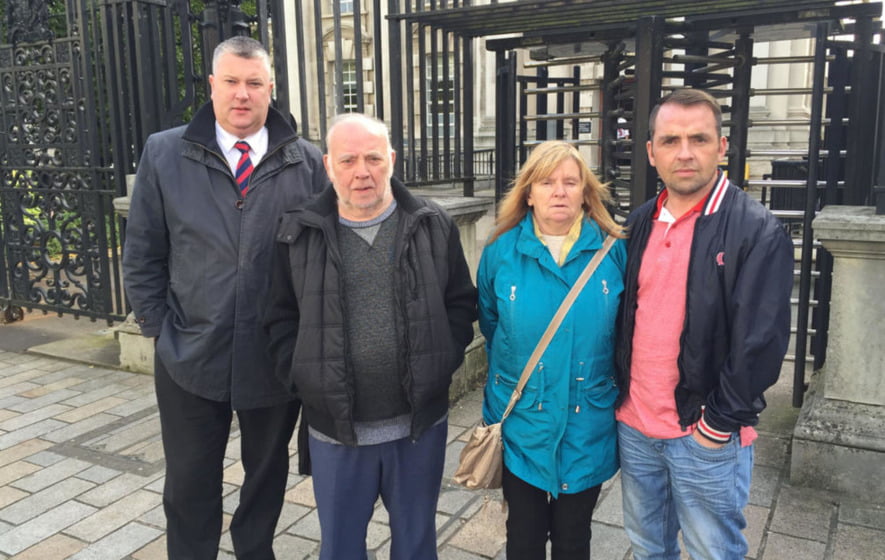 THE family of Pearse Jordan have vowed to continue their fight for justice after a coroner concluded he could not say whether the shooting of the unarmed IRA man was justified.

The west Belfast man’s family said they were “very disappointed” by the outcome of the fresh inquest, although they welcomed a finding that the state failed to prove police acted lawfully.

Jordan (22), from Ballymurphy, was shot dead after the stolen car he was travelling in was rammed by police on the Falls Road in 1992.

At a hearing in March, his parents Teresa and Hugh came face to face with the former RUC officer who said he had “no regrets” over killing the republican.

The family said on Monday that they still believe the killing was “unjustified and unjustifiable”.

“The evidence before the coroner demonstrated that Pearse was shot in the back, while running away from the RUC, and that he was unarmed,” they said.

Their solicitor Fearghal Shiels said they would closely study the findings and will consider further legal action.

He said the only avenue available “would be a judicial review”.

Dozens of judicial reviews have already been taken place in the Jordan case.

The findings of a previous inquest in 2012 were quashed after Hugh Jordan took legal action.

“It did not find, as the evidence clearly set out, that the shooting of Pearse Jordan was unjustified,” he said.