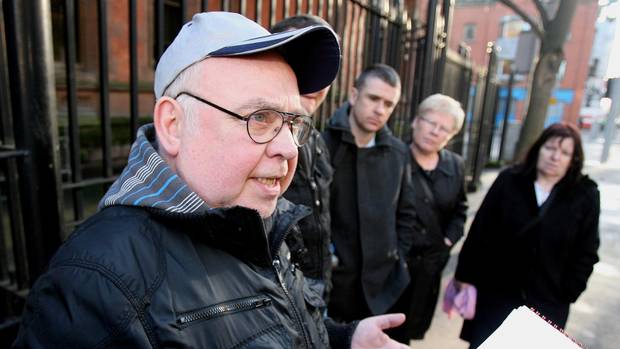 Report of the verdict of the Pearse Jordan inquest in which Madden & Finucane represent Pearse’s family.

The State has failed to prove police acted lawfully in shooting dead an unarmed IRA man in Belfast, a coroner has ruled.

Justice Horner said it was impossible to determine with certainty what happened when Pearse Jordan was killed by a Royal Ulster Constabulary (RUC) officer in west Belfast in 1992.

In delivering his findings in what was the third inquest into the highly contentious death, the coroner said he was not convinced either by family claims the 22-year-old was gunned down in cold blood or by police insistence the RUC sergeant acted in self-defence.

Justice Horner noted that under European human rights laws the onus was on the State to prove that, on the balance of probabilities, the killing was lawful.

He said given his inability to reach a firm conclusion on what had happened, the state had failed to prove that point.

“It is sufficient to record that no version has been put forward which commends itself to this inquest on the balance of probabilities,” he said.

Mr Jordan had been driving a stolen car suspected of ferrying IRA munitions when the fatal incident unfolded. He failed to stop when ordered by police and sped away from a patrol car.

The Ford Orion was finally brought to a halt on the Falls Road when police rammed the vehicle. Mr Jordan was shot after getting out of the car when he tried to run away.

The family pointed to civilian witnesses who alleged he was shot in the back as he fled the scene, but police claimed Mr Jordan had turned quickly back toward them, prompting concern he was going to open fire on them.

The investigation into the shooting has been beset by controversy and delay.

In 2014, the Jordan family were awarded compensation for the lengthy hold-ups in concluding an inquest.

An original inquest was adjourned in 1995 after being only part heard. Another probe was held in 2012 but the jury failed to reach consensus on a number of crucial issues, including whether the RUC used reasonable force.

Those findings were later quashed after the High Court identified a number of failings in how the probe was run.

One of the primary issues was the failure to disclose to next of kin a series of top-secret government reports into allegations that the security forces engaged in a shoot-to-kill policy during a period of the Troubles.

The Stalker/Sampson reports did factor in the re-ordered inquest heard by Justice Horner without a jury.

Justice Horner, a High Court judge sitting as a coroner, said Mr Jordan had been on an IRA mission when he was killed.

Taking almost three hours to read his substantive findings at Belfast’s Royal Courts of Justice, he said the car had been used to ferry weapons earlier in the day but at the time when it was stopped it was not transporting arms.

“It is now impossible with the passage of time to say with any certainty what happened on that fateful afternoon,” the coroner added.

“At the remove of a quarter of a century I am simply unable to reach a concluded view which is fair and just as to whether the use of lethal force was justified or not.

“I remain profoundly unsure as to what happened.”

He said neither side in the case had “been able to convince me that what they say did occur immediately prior to the deceased’s death.”

The coroner said the police had failed to provide a “satisfactory and convincing” explanation to justify the use of lethal force.

“The reason why delay is the enemy of justice is clearly demonstrated by this inquest,” he said.

“Taking into account all the evidence which has been adduced it is not now possible at the remove of 25 years to reach a final conclusion which is fair and just to both sides, given the doubts which I continue to harbour about how the deceased met his death all those years ago.

“It follows therefore that in my opinion the State has failed to discharge the onus which lies upon it under Article 2 of the ECHR (European Convention on Human Rights) to prove on the balance of probabilities that the killing of the deceased was lawful.”

The officer who fired the three shots that hit Mr Jordan gave evidence to the inquest, which was heard over 16 days between February and April this year. Sergeant A insisted he acted proportionately and said he did not regret his actions.

Mr Jordan’s mother Teresa, father Hugh and brother Matt sat in the front row of the public gallery as the coroner delivered his lengthy findings on Monday morning.

Afterwards, the family issued a statement through their lawyer Fearghal Shiels.

“While the family welcome the coroner’s conclusion that the PSNI failed to discharge the onus upon them to provide a satisfactory and convincing explanation for the use of lethal force they are nonetheless very disappointed that the coroner failed to conclude on the evidence that the shooting of Pearse Jordan was unjustified,” it stated.

“Pearse’s parents had the opportunity to see and hear Sergeant A when he gave his evidence and are firmly of the belief that the evidence clearly established that the shooting of Pearse was unjustified and unjustifiable.

“The evidence before the coroner demonstrated that Pearse was shot in the back, while running away from the RUC and that he was unarmed.”

The statement concluded: “We will now study the detailed verdict closely with Pearse’s parents and consider our next steps in order to secure justice for Pearse Jordan’s family.”