Irish News report on a challenge by our client Sally Gribben, sister of Martin McCaughey, which concluded yesterday in the Court of Appeal after three days of legal argument. 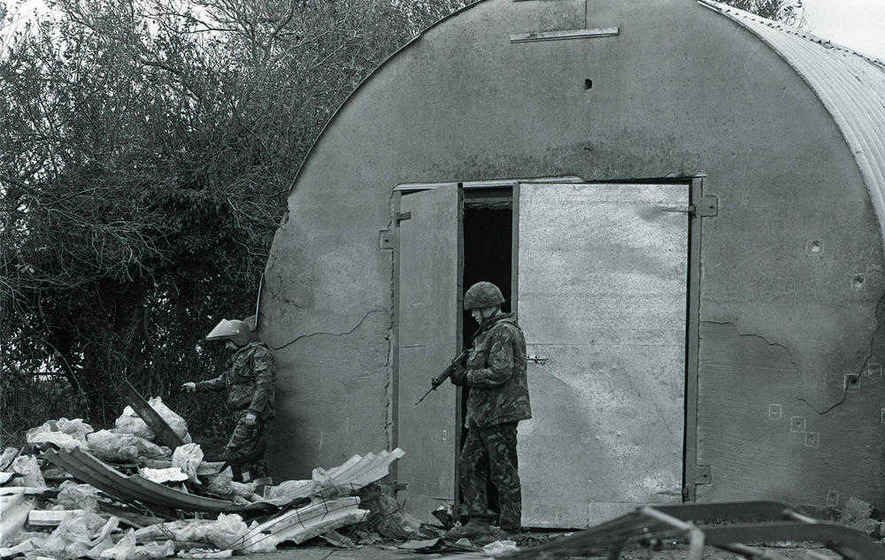 British soldiers examine the scene of the shooting at farm outbuildings near Loughgall, Co Armagh

THE scope of an inquest into the SAS killing of two IRA men was too narrow to properly deal with suspicions of a ‘shoot to kill’ policy, the Court of Appeal has heard.

Lawyers for the family of one of the ambushed men claimed a failure to disclose details of military witnesses’ involvement in other lethal force incidents rendered the process ineffective.

Martin McCaughey and Dessie Grew died after an SAS unit opened fire on them at farm buildings near Loughgall, Co Armagh in October 1990.

Although both men were armed, neither of them fired any shots, provoking claims that they could have been arrested.

In May 2012 an inquest jury found the killings were justified.

It ruled that the soldiers had used reasonable force and that the IRA men’s own actions contributed to their deaths.

They put their own lives in danger by being in the area close to a stolen car which was expected to be used in paramilitary activity, according to the findings.

Her legal team contend that the tribunal did not comply with Article 2 of the European Convention on Human Rights, with two main grounds advanced:

A panel of three appeal judges heard yesterday that the coroner limited the scope of the inquest, without input from next of kin, by confining exploration of the shoot to kill issue to soldiers who fired at McCaughey and Grew and also discharged their weapons in another incident.

Reserving judgment in the appeal, Lord Chief Justice Sir Declan Morgan pledged to deliver a verdict as soon as possible.