Restoring dignity to the memory of Denis Donaldson

Opinion Piece in today’s Edition of the Irish News by Jarlath Kearney in relation to the Denis Donaldson case where Madden & Finucane are representing the family in their complaint against the PSNI and in the Inquest proceedings in the south. 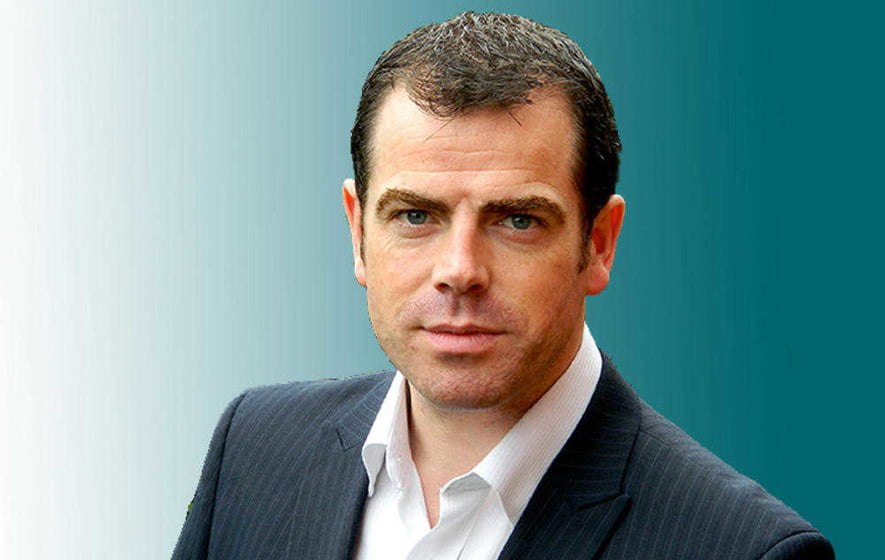 DIGNITY is a preciously fragile commodity. Not to be treated lightly or traded loosely.

Yet dignity is also a limitless gift. It springs from an infinite source, rising from within.

In Irish tradition, dignity in death summons a special state of respect for whatever remains.

A decade ago this week, Denis Donaldson was murdered in Donegal. Denis was in my family’s life from my teenage years and I loved the part of him who was my friend.

In December 2005 – after Mr Justice Hart’s not guilty verdict in the ‘Stormontgate’ charade – some state officials sought to expose his agent role. Denis publicly admitted his past and apologised.

This was part of Denis I’d never known; a part he’d edited from his life. At a human level, the shock for his family and friends collectively caused hurt, disappointment, confusion, bewilderment.

For Denis, his admission was a first act of truth telling; the start of a stuttering journey to an unknown destination; a surrender of his dignity and a simultaneous appeal for its restoration.

Four months later he was brutally murdered. The murderers observed neither Irish ways nor Irish laws.

By contrast, the mourners, though small in number, were abundant in love. We observed the greatest of Irish traditions by gathering together to grieve the loss of someone close without passing judgment.

For us, his friends and family, Denis’s life – like most others – is remembered as a complicated and layered tapestry, which includes happy memories and fond attributes.

Others deny him that. They will continue conflating his life’s complexity under the cold label of informer or agent. Indeed, since his death, the editing of his memory has been an ongoing public process.

The famous boyish 1970s photograph of Denis with his friend Bobby Sands would not be used again by republicans, but is sometimes abused by their opponents. That it captured a different time and place is less important than its propaganda implications today.

Recently, secretary of state Theresa Villiers has edited Denis’s name into her argument about national security – repeatedly confirming that his agent role was leaked, while weakly lecturing on protection of state secrets. Denis’s murder – like many others – wouldn’t even fall under a pre-1998 truth recovery process.

All of this, and much more, done without recourse to Denis’s family. The greater the grievances they’ve faced (not least, institutional failings north and south), the more their rights and feelings have been diminished. Denis’s apology is the only one they’ve ever received.

Standing back, the real truth is that we all edit our own lives every day to some degree or other. We similarly edit and re-edit past truths about our conflict, depending on developing circumstances, differing contexts, and new facts.

We each craft careful narratives and profiles about ourselves for others. Just as Denis did.

We hide secrets, mistakes, negatives, and – in some cases – devastating truths of our flawed humanity. We forget that there’s no perfect person, no pure blood – dead or alive. There are no certainties ever, except those hidden deeply in our hearts.

Ironically, we usually scorn most those who somehow open themselves publicly, with honesty. Meanwhile, undiscovered lies and liars in our lives – private or public, personal or professional – remain untouched. And untouchable. Isn’t that an odd paradox?

In the time ahead, Denis’s inquest in Donegal will remain obstructed. His private journal, penned in the weeks before his murder, presumably reveals more stuttering acts of truth telling. It’s being withheld by gardai on ‘security grounds’ .

The north’s Police Ombudsman – despite gardai non-cooperation – will conclude his investigation into Denis’s exposure. It is following definite lines of inquiry, asking questions of the state. Whatever that report says, new edits will rewrite Denis once again.

The PSNI might then face a challenge. So might both governments. So too might republicans. There remains a culture of condemnation in Irish republican history towards agents and informers. Some have done terrible deeds in those guises. And not just in the ancient past. Perhaps Denis did likewise. I don’t know.

But I do know this. Regaining our humanity after brutal conflict now means restoring some dignity to the memories we create around all those who were lost – in every circumstance.

The price of past losses deserves much greater love. The prize of future living demands much finer dreams.

Reconciliation must first find itself deep within ourselves. Redemption must be more than a hierarchical privilege.

Compassion must flow from a reservoir of generosity. Freedoms must fundamentally be grounded in dignity.

And legal policies and political positions must rest unshakeably on moral codes and personal leadership.

These are cornerstones on which new tomorrows must be bridged. Hard earned lessons, from 10 short years. And a lifetime.