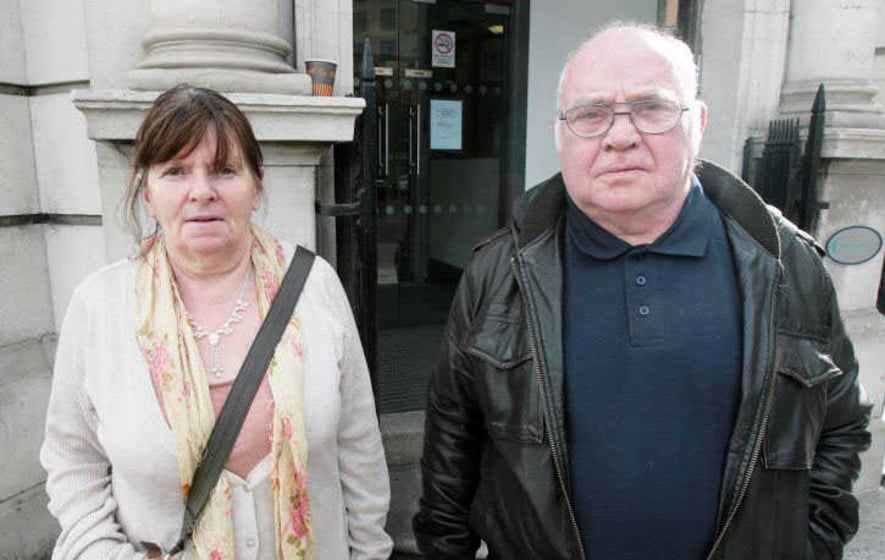 Teresa and Hugh Jordan, the parents of IRA man Pearse Jordan, will come face-to-face with the RUC officer who killed him at an inquest

A JUDGE has ruled that the parents of an IRA member shot dead by the RUC in 1992 will be allowed to see the man who killed him at an inquest.

The hearing into the death of Pearse Jordan (23) is due to start on Monday before High Court judge Mr Justice Horner.

In a landmark ruling on Friday, the senior judge said RUC and British army witnesses will not be screened from the view of Hugh and Teresa Jordan on condition they agree not to describe their appearance or demeanour to any member of the public.

He also said the decision should not be treated as a precedent in any other inquest.

It is believed to be the first time relatives of a republican killed during the Troubles will come face-to-face with security force witnesses in this way.

Civilian witnesses claimed Mr Jordan, originally from Ballymurphy, was shot three times in the back as he ran away from a stolen car that had just been rammed by a police vehicle on the Falls Road in November 1992.

The incident took place close to where explosives were being stored.

The findings of an inquest heard in front of a jury in 2012 were quashed two years later after a legal challenge by the Jordan family.

That decision was later upheld in the Court of Appeal after a challenge by the coroner and PSNI chief constable.

A jury at the first inquest was said to be “hopelessly divided” on several key issues.

The former RUC officer who fired the fatal shots is known only as Sergeant A.

Mr Justice Horner has also ruled that the Jordan family can view the Stalker/Sampson reports into other controversial Troubles killings.

The failure to disclose the reports was one of the grounds on which the original inquest verdict was quashed.

Fearghal Shiels, of Madden and Finucane Solicitors, said the Jordan family are hopeful they will establish how their son died.

“The Jordans have taken countless legal challenges domestically and to the European court to ensure that they receive a full and fair inquest and they are confident that the full circumstances of how Pearse was killed will emerge,” he said.