Inquest ordered into the death of Joe Campbell following submission to Attorney General by Madden & Finucane. Murdered in 1977 in Cushendall, Joe is another victim of State collusion. 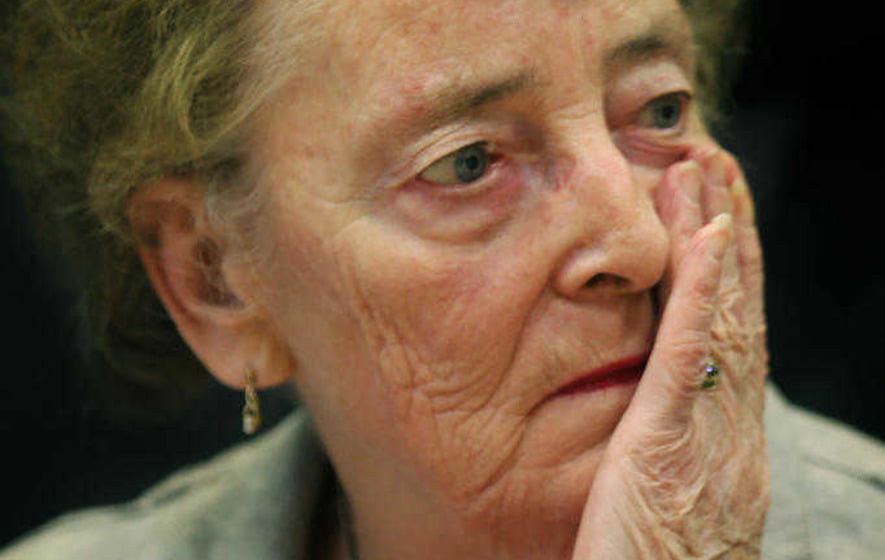 THE elderly widow of a Catholic RUC officer murdered by loyalists almost 40 years ago has accused the police of “concealing the truth” about his death.

The comments come as the Attorney General ordered a fresh inquest into the murder of sergeant Joseph Campbell.

The 49-year-old was shot dead as he locked up outside Cushendall RUC station in Co Antrim in February 1977.

His 82-year-old widow Rosemary said on Wednesday night she believes the police and other security organisations have covered up the details of her husband’s death.

The first inquest hearing in the case is due to be heard on Friday as part of a review into 56 Troubles-related inquests currently being heard by Lord Justice Reg Weir.

It is believed notorious UVF killer Robin Jackson, who was connected to the infamous Glenanne Gang, fired the fatal shot at Sergeant Campbell.

John Larkin ordered the new inquest after being presented with fresh evidence by the family’s solicitor Fearghal Shiels which included a Police Ombudsman’s report published in 2014.

That report claimed that former RUC chief constable Kenneth Newman “quite probably” knew about the threat to Mr Campbell’s life but failed to act.

It also claimed that then head of Special Branch, Mick Slevin, who has since died, was also “aware of concerns, which had been documented, about the threat to his life and failed to act upon them”.

He was convicted of charges including possession of explosives and firearms and armed robbery. These were all quashed on appeal.

A second man Anthony O’Doherty, originally from Portglenone in Co Antrim, was convicted of withholding information about the murder but later received a royal prerogative of mercy.

A republican, O’Doherty was recruited by McCormick to become a Special Branch informer.

Several former senior RUC officers refused to co-operate with the Police Ombudsman during his investigation.

Mr Larkin also said he was “worried” about the ombudsman’s observation that there was evidence of “systematic destruction and/or loss of critical documentary evidence” by the police.

Mr Campbell’s widow Rosemary Campbell was critical of the police.

“I have now been a widow since 25th February 1977 and am resigned to the fact that the police and other security organisations have gone to extreme lengths to conceal the truth about my husband’s murder and I expect that they will continue to do so,” she said.

“My family knows why my husband was murdered and we also know that the gunman was the notorious loyalist assassin Robin Jackson. ”

Mrs Campbell said she hopes the new inquest will shed more light on her husband’s murder.

“Despite the remarks of the Attorney General, when he directed the coroner to hold this new inquest, I welcome the fact that he has set it up because it may produce some new information,” she said.

“The public may yet learn the truth.”

A spokeswoman for the PSNI said the force apologised for the shortcomings identified in the ombudsman’s report and expressed its sympathies to the family.

She said the case will now be subject to a full review by the Legacy Investigation Branch in due course.

“As the murder of Sergeant Campbell will now be the subject of an inquest, it would be inappropriate to go into any further detail at this stage,” she said.