A CORONER has said he is “incredulous” after casings from bullets used to kill a Catholic man were lost by the PSNI.

Senior Coroner John Leckey also found that the murder of Daniel McColgan as he arrived for work at a postal depot in the Rathcoole estate, on the outskirts of north Belfast, in January 2002 was a “brutal sectarian murder”. 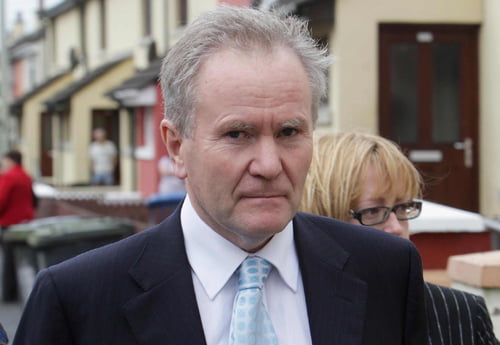 The murder was later claimed by the Ulster Freedom Fighters.

During a short hearing at the Laganside court complex in Belfast, Mr Leckey referred to the loss of the casings after they were sent to England for testing.

“It must be a matter of great concern that exhibits in an unsolved murder should have disappeared,” he said.

“I am incredulous that that should have happened.”

It emerged that the father of one was struck by at least 11 rounds after being ambushed by two masked gunmen as he arrived for work in the staunchly loyalist estate.

Post-mortem reports showed that one of the bullets was fired as he lay face down on the ground.

There were a series of other disturbing revelations during the inquest.

They included claims that one of the guns used to kill Mr McColgan was “most likely” stolen from a member of the RIR and bullets fired from the 9mm Beretta were issued to the RUC.

The McColgan family’s solicitor Fearghal Shiels of Madden and Finucane Solicitors, said they are now considering their next move.

“These revelations have profoundly shocked the McColgan family, who will now study the evidence given throughout the inquest with their legal representatives before considering their next step,” he said.