Fearghal Shiels from Madden & Finucane is representing the family of collusion victim Daniel McColgan in inquest proceedings at Laganside court.

A SPECIAL Branch officer has been referred for possible prosecution over alleged conspiracy to murder and perverting the course of justice following an investigation by the Police Ombudsman. 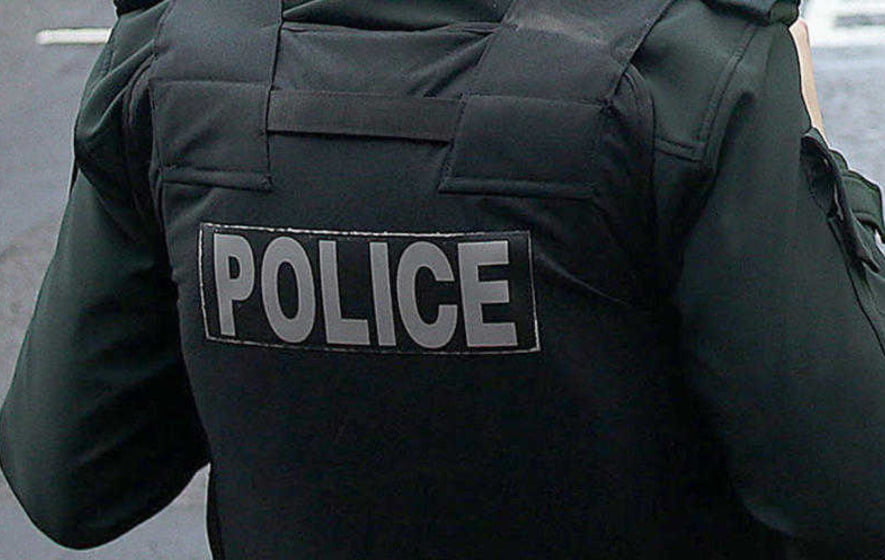 The probe centred on the running of agents in north Belfast and was completed in March when a file was sent to the Public Prosecution Service.

Prosecutors have also been asked to consider whether to bring a charge of misconduct in public office.

Details of the development emerged yesterday at the inquest into the death of Catholic postman Daniel McColgan (20).

Mr McColgan, from Whitewell in north Belfast, was murdered by two UDA gunmen in January 2002 as he arrived for work at a sorting office in nearby Rathcoole.

The coroners court was told that the officer, then a detective constable, was the Special Branch liaison assigned to work with the team investigating the murder of the father-of-one and as such attended case conferences.

However, barrister Joseph McEvoy, appearing on behalf of the Crown Solicitor Office, said the Ombudsman investigation was unconnected to the McColgan case.

Roy Suitters, who led the PSNI investigation into the murder, denied the officer was “pivotal” to his inquiry, saying his role had been to “listen to what was being talked about and if he had anything to contribute”.

The PSNI was last night unable to say if the Special Branch officer is still serving.

Meanwhile, the inquest also heard Mr Suitters say it would “not have been sustainable” for police to have mounted blanket patrols in the area where Mr McColgan and three other men were killed in just over a year by a UDA murder squad.

Police could not have mounted ‘blanket patrols’ to thwart UDA

IT would “not have been sustainable” for police to have mounted blanket patrols in an area where four men were killed by the UDA in sectarian attacks in just over a year, a former police chief has said. 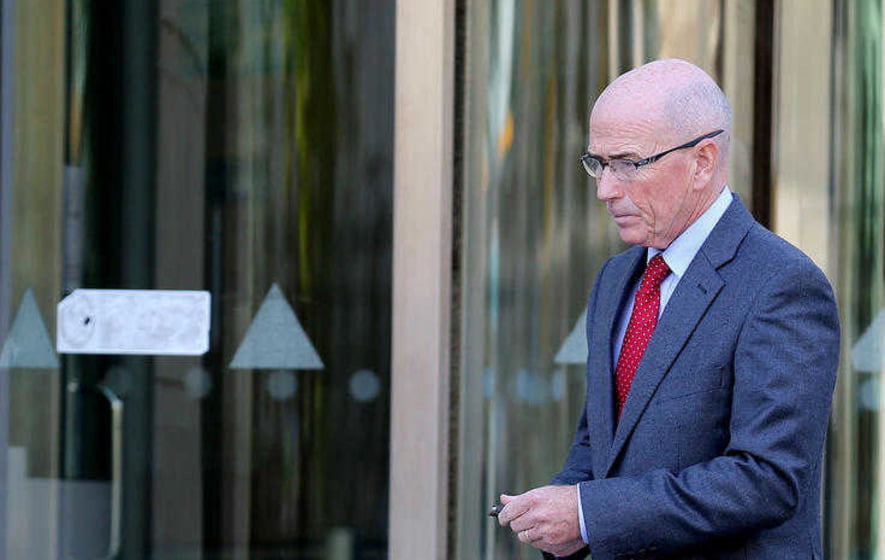 Roy Suitters was recalled to the witness stand yesterday in the final day of evidence at the inquest into the death of 20-year-old Daniel McColgan.

The postman was shot dead by two UDA gunmen as he arrived for work at a postal sorting office in Rathcoole, a loyalist housing estate in Newtownabbey, Co Antrim.

Coroner John Leckey was told that the father-of-one had “put in for a transfer” following previous incidents, including a masked paramilitary firing a gun in a show of strength inside the depot.

Four or five years before Mr McColgan died, gunmen entered the same building to shoot another worker, who escaped, and after his murder the Red Hand Defenders – a cover name for the UDA – admitted the killing, saying all Catholic postal workers were legitimate targets.

The McColgan family barrister Andrew Moriarty said Mr Suitters had told Daniel’s mother that “a phone call had been made to the sorting office before the killing warning that a Roman Catholic postman would be shot”.

“The UDA at this point in time was being particularly active in north Belfast,” he said.

“Would it not have been appropriate for the police – did it not demand that the police – would have had regular patrols in the north Belfast area in the build up to Daniel McColgan’s murder for those that had the evil and malicious attempt to take this young man’s life?”

He pointed out that Catholic building contractor Gary Moore had been killed on December 6 2002 as he worked at a site in another part of Newtownabbey – the predominantly loyalist Monkstown housing estate.

That was followed by the killings in July 2001 of 19-year-old Ciaran Cummings as he waited for a lift to work at Greystone roundabout in nearby Antrim and the shooting of 18-year-old Protestant Gavin Brett as he stood with a group of Catholic friends near the entrance of a GAA club.

Daniel McColgan was gunned down less than six months later.

Mr Suitters said it would have been “unreasonable” to expect the police to “from Mallusk down to Greencastle identify all the places where Catholics work and have dedicated patrols”.

He said there were “regular and additional patrols” but the service “couldn’t sustain police patrols at every premises in north Belfast and Newtownabbey where Catholics worked”.

The court also heard that a Special Branch officer who attended case conferences has been investigated by the Police Ombudsman over alleged conspiracy to murder and perverting the course of justice.

A file was sent on the running of agents in north Belfast to the Public Prosecution Service (PPS) by the Ombudsman in March following the completion of its investigation.

Prosecutors have also been asked to consider bringing a charge for misconduct in public office.

The coroners court was told that the officer, then a detective constable, was the Special Branch liaison assigned to work with the team investigating the murder of the father-of-one and as such attended the case conferences.

However, barrister Joseph McEvoy, appearing on behalf of the Crown Solicitor Service, said the Ombudsman investigation was unconnected to the McColgan case.

Mr Suitters denied the officer was “pivotal” to his inquiry, saying the role had been to “listen to what was being talked about and if he had anything to contribute”.

The retired officer told the court: “He would take information away, (but) he wouldn’t necessarily do the research, it was not necessarily him that did the work.”

Mr Suitters said he would have spoken directly to senior Special Branch officers himself where necessary.

“The liaison between the senior investigating officer and Special Branch does not hang on that individual. He sits in conference, but he’s not pivotal. It’s a role like a house-to-house officer.”

The PSNI last night was unable to say if the officer is still in the force.

The coroner also heard from a police ballistics expert, known only a `W’, who examined the spent bullets and their casings.

He said two bullets from one of the guns used to kill Mr McColgan – a 9mm Beretta handgun – were issued to the RUC and had been “stolen police issue firearms”.

A number of casings sent to England for DNA testing have since been lost, a situation ‘W’ agreed was “shocking”.

He said it was “possible” that the second gun, a `Browning-type’ pistol was one of those shipped in by British agent Brian Nelson.

Coroner John Leckey said he will give his finding on Wednesday.