Bruising found during a fresh post-mortem examination of the body of a County Antrim man who died in Ibiza contradict the findings of an autopsy by Spanish authorities, his family’s solicitor has said. 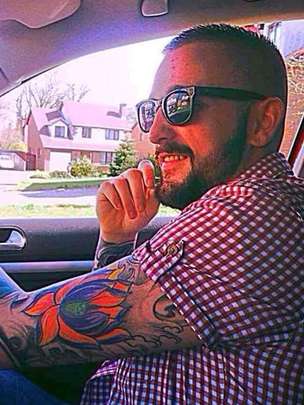 The circumstances of the Newtownabbey man’s death are unclear, but friends claim he was beaten by police.

A second post-mortem examination took place in Dublin on Wednesday.

Mr Drennan, a mechanic and doorman from Newtownabbey, had gone to Ibiza on holiday with 10 friends.

They have alleged he was beaten by Spanish police when he was taken into custody at Ibiza airport after an incident on the flight to the Mediterranean island.

He died less than 24 hours after arriving in Ibiza.

Michael Madden, the Drennan family’s solicitor, said it could take months for the cause of death to be revealed

“What Prof Cassidy has been able to confirm for me is that there were injuries to his face and to his scalp,” said Michael Madden, the solicitor advising the Drennan family.

“I’ve seen those injuries and they are very consistent with the statements that are given by Alan’s friends, which contradict what the Spanish police originally told us.”