New Lodge man has 1977 conviction for causing explosion referred to Court of Appeal.

The case of a north Belfast man jailed for planting a bomb almost 40 years ago has been referred back to the Court of Appeal. 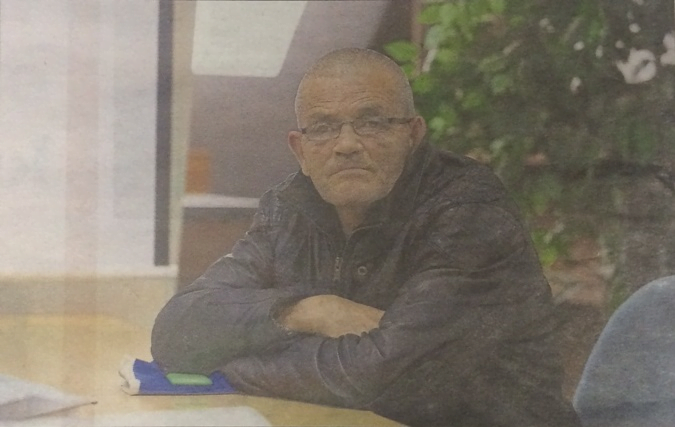 Jimmy Goodall, who has learning difficulties, has always denied playing any part in the IRA attack on a Belfast shirt factory March 1977.

The 62-year-old’s case has now been referred to appeal judges after it was examined by the Criminal Cases Review Commission.

A previous appeal hearing, in 1978, was thrown out.

Mr Goodall was arrested over the bomb attack at Exchange Street near Belfast city centre – which caused damage but no injuries – as he arrived by ferry in Scotland while on his way to watch a Celtic game.

After spending a week in solitary confinement in a Scottish prison he was returned to the north for interrogation by the RUC at the notorious Castlereagh holding centre.

During his trial it was claimed he signed a statement dictated to RUC officers.

However, a hand-writing expert raised doubts about the signature on his alleged confessions.

Medical experts have now raised fresh concerns over whether Mr Goodall would have had the “language skills or intellectual” ability to make the statement of admission it is claimed he signed.

Although aged 24 when he was convicted, he was said during his trial to have the mental age of an 11-year-old.

Independent experts who have interviewed Mr Goodall have concluded the reliability of admissions allegedly made by him are “highly questionable”.

Unable to read or write, the Belfast man was interviewed by the RUC without a solicitor or appropriate adult present.

Experts believe Mr Goodall’s “disorder and impairments” were present at the time of his arrest and interrogation.

As well as being convicted of explosives offences, he also received 12-year sentence for having a gun.

After an investigation the CCRC has found that “there is a real possibility the court will consider that Mr Goodall’s admissions and written confessions are unreliable”.

“There is a real possibility the court will have a sense of unease about the written confession given that, without the presence of a legal representative or appropriate adult, he could not read or check it,” it said.

Speaking to The Irish News, Mr Goodall said he was only told why he had been arrested when he was handed over to the RUC by Scottish authorities.

“At my trial my solicitor told me that if I pleaded guilty I would get 10 years,” he said.

“But I wouldn’t plead guilty as I had nothing to do with it.

“The judge found me guilty and gave me 15 years.

“I should not have been found guilty. I am very pleased that my case has now been sent back to the Court of Appeal and I look forward to clearing my name.”

His solicitor Fearghal Shiels, from Madden and Finucane Solicitors, said his client would have had “great difficulty in understanding” what was happening to him in 1977.

“There were no safeguards in place to ensure any fairness towards Mr Goodall,” he said.

“It is clear to us that he was failed miserably by the criminal justice system and that he was the victim of a gross miscarriage of justice.

“We will be submitting to the Court of Appeal that his conviction is unsafe and that it must be quashed.”