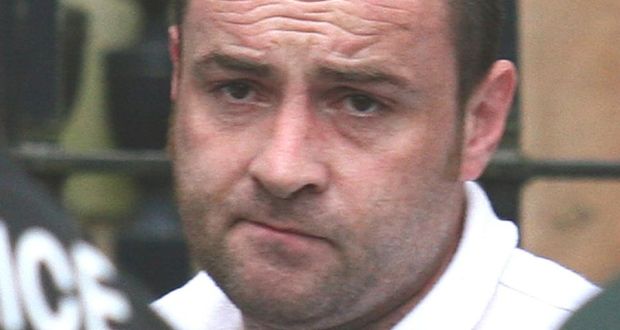 A prisoner launches legal challenge after 38 days of solitary confinement. Victor Kennedy is being represented by his solicitor Katie McAllister of Madden & Finucane.

A prisoner who is staging a dirty protest in prison has begun a High Court challenge over being forced to move from his cell block. Victor Kennedy is serving a life sentence for beating a Limavady schoolteacher to death so as to steal his mobile phone.

Kennedy was being held within the Roe House wing of Maghaberry prison but was ordered to move following an incident last month where some inmates were involved in a violent confrontation.

Kennedy, who denies any involvement in an alleged assault, has since been moved into solitary confinement for refusing to co-operate.

His legal team says he has been held there for 38 days. For much of that period, he has continued with a dirty protest over his treatment. He is now seeking to judicially review the Prison Service in a bid to get back on to the same wing of the prison.

Seán Mullan argued on Tuesday that the decision to move his client within the jail was flawed.

Kennedy was sentenced to at least 14 years in prison for murdering Michael McGinnis in July 2007.

Mr McGinnis, a former Royal Navy sailor, was found lying at the bottom of concrete steps at Blackburn Path in Limavady. He had suffered multiple rib fractures, a broken sternum and had a chamber of his heart ruptured in the attack.

Kennedy, an alcoholic, confessed to pushing Mr McGinnis down steps and then kicking him in the side before going through his pockets for a phone he planned to sell to buy drink.

The court heard that Kennedy is not eligible for release until at least 2022. He may have to spend an extra five years in jail after another sentence was imposed on him for throwing boiling water over another inmate.