Report from today’s Belfast Telegraph in relation to the criminal investigation being conducted by Police Scotland into the actions of members of the Security Services involved in the cover up following the attempted murder of our client Martin McCauley by the RUC near Lurgan in 1982.

Police Scotland is to investigate the alleged destruction of evidence by members of the security service in Northern Ireland more than 30 years ago.

The conviction of a prominent republican on a weapons offence was quashed last year after senior judges accused the law enforcement agencies of “grave misconduct”.

Tapes produced during a surveillance operation at a Co Armagh hayshed where Martin McCauley was wounded and Michael Tighe shot dead by members of the Royal Ulster Constabulary (RUC) in 1982 were found to have been concealed and destroyed, the Court of Appeal in Belfast has said.

Recordings revealed that no warnings were shouted by the officers before they opened fire, according to a review of the case.

McCauley went on to become one of the republican Colombia Three who skipped bail on unrelated South American terrorism charges.

A Police Service of Northern Ireland (PSNI) spokesman said: ” The PSNI can now confirm that Police Scotland will conduct the investigation into the actions of security service personnel in relation to the withholding, concealment and destruction of surveillance evidence concerning an operation at a hayshed at Ballynerry Road North, Lurgan, on November 24 1982, where Michael Tighe was shot dead and Martin McCauley was wounded by members of the RUC.”

The security service eavesdropping operation at the time was discovered by the former deputy chief constable of Greater Manchester Police, Sir John Stalker, as part of his investigation into allegations that the Royal Ulster Constabulary (RUC) was operating a shoot-to-kill policy. 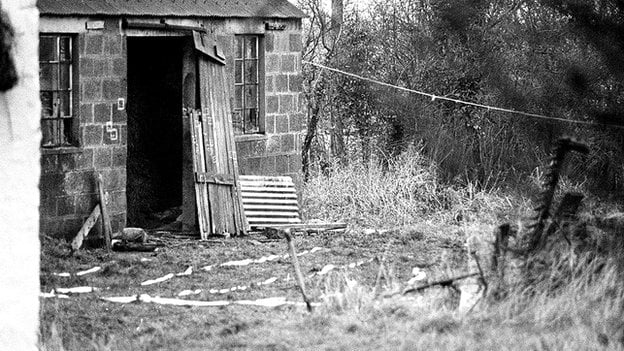 McCauley was seriously wounded and a teenager killed when police opened fire on the shed. Police claimed he confronted them with a rifle. McCauley insisted he and Tighe had not been armed and that police opened fire without warning.

He was convicted of possessing three rifles found inside the shed and received a two-year suspended prison sentence. Last year the conviction was ruled unsafe.

The judgment by the three-judge Appeal Court in Belfast said that in November 1982 a senior RUC officer destroyed what he believed was the only copy of the tape recording because he considered it potentially damaging to the RUC. Transcripts of the audio recordings were made, to which the security service MI5 had access.

The Criminal Cases Review Commission examined the case and discovered a memo from an officer who said he had learned that the RUC officers had exceeded their orders and shot the terrorists without giving them a chance to surrender.

Assistant Chief Constable Mark Hamilton said: “In the interests of transparency and public confidence, the chief constable decided that the police investigation should be conducted by an external police service and asked Her Majesty’s Chief Inspectorate to identify a service to undertake the investigation on behalf of the PSNI.”

Police Scotland will conduct the investigation into the actions of individuals who are not police officers. The Police Ombudsman for Northern Ireland (PONI) will investigate the conduct of a number of former RUC officers involved in the same investigation.

“Any matters which come to the attention of the Police Scotland investigation team which indicate, or appear to indicate, any sort of criminality or misconduct by current or former police officers will be referred to PONI.”

The Appeal Court judgment said the deputy head of RUC special branch had the tape and monitor logs destroyed because of the deep embarrassment this might cause.

Northern Ireland’s Lord Chief Justice Sir Declan Morgan said the failure of the security service to disclose the tape and to provide it to the prosecution was “reprehensible”.

He said: “In our view, these matters amounted cumulatively to grave misconduct.”

McCauley was one of three republicans sentenced in Colombia for training Marxist rebels Farc. He went missing while on bail and returned to the Irish Republic.

Assistant chief constable Malcolm Graham, lead officer for major crime and public protection at Police Scotland, said: “An investigation team has been appointed and will carry out the necessary inquiries.

“A report will be submitted to the chief constable, PSNI, in due course. As this is a live investigation, it would be inappropriate to comment further.”