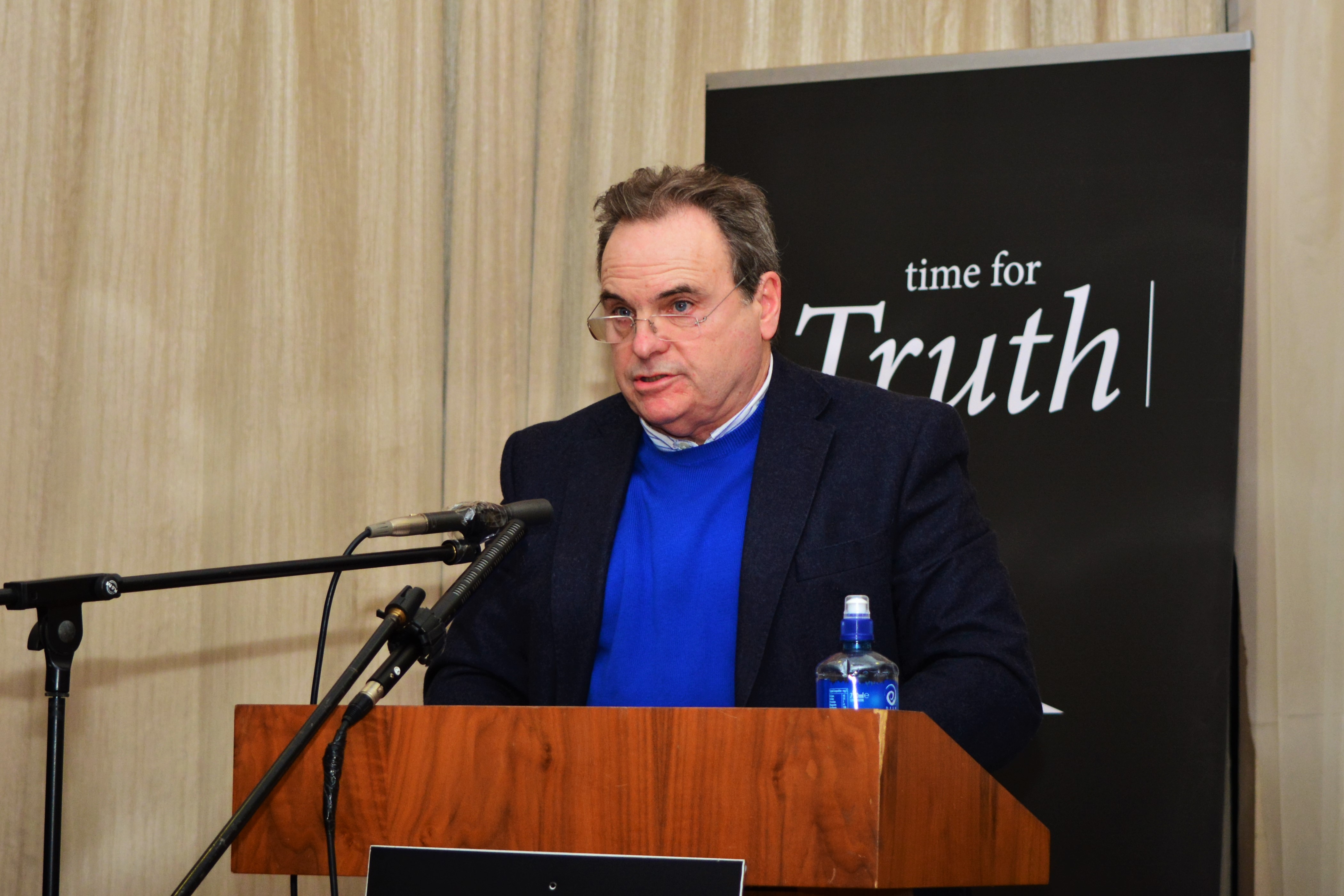 SPEAKING on the 26th Anniversary of the assassination of Belfast human rights solicitor Pat Finucane, Peter Madden renewed the call for an independent, international inquiry into the killing and rejected the findings of the 2012 de Silva review into the case ordered by British Prime Minister David Cameron.

Madden, Finucane’s legal partner, accused British QC Desmond de Silva of exonerating the secret British army unit Force Research Unit (FRU) of its role in the Finucane killing when he concluded the unit, based in the British army’s headquarters at Thiepval Barracks, Lisburn, did not know the UDA was targeting Pat Finucane.

Madden also asserted that de Silva was being “selective” in respect of the intelligence material he analysed saying “the de Silva review is one man’s analysis of a large amount of material. He has been selective”. 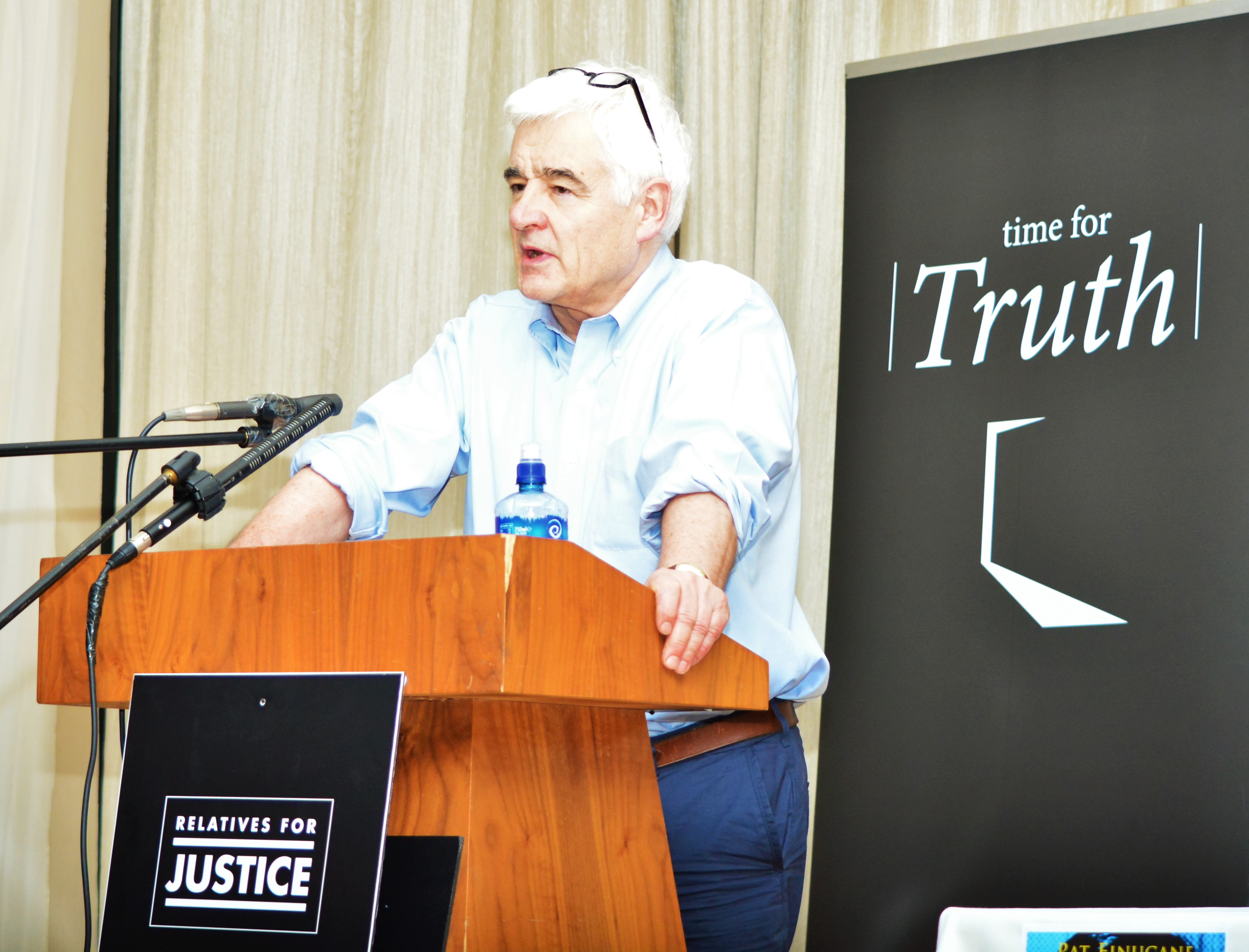 Also speaking at the event organised by the Finucane family and Relatives for Justice (RFJ), held in North Belfast’s Lansdowne Court Hotel on 12 February was veteran BBC journalist John Ware whose Panorama programmes revealed to a sceptical British audience the extent of collusion between the British army, RUC and loyalist killers gangs.

The first to address the packed hall last night was Mark McGovern, who for the past number of years has been working with RFJ examining the “patterns of collusion and collusion as a policy” focusing mostly in the Mid-Ulster area. 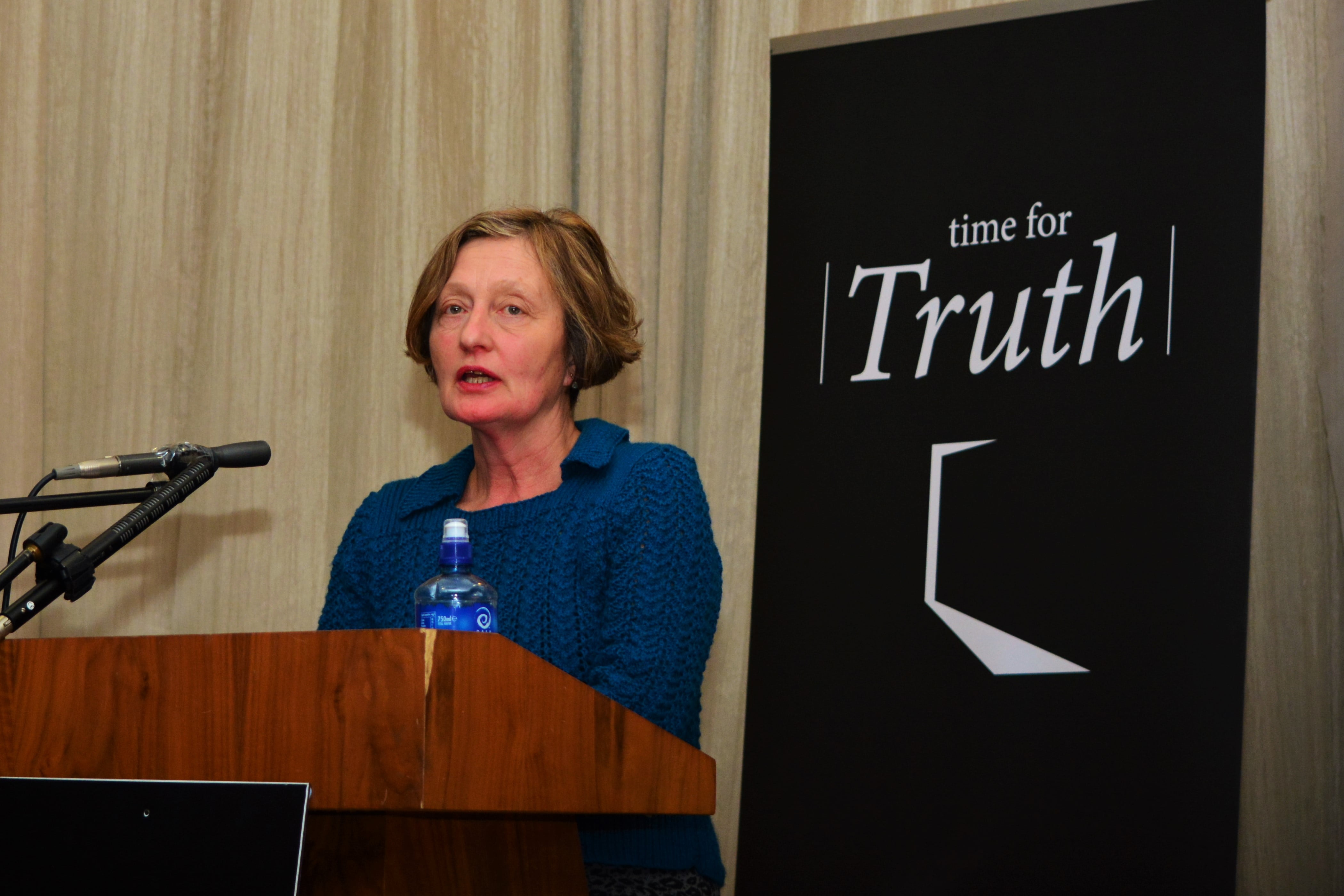 McGovern also raised the need, when analysing collusion, to look at the hundreds of people killed by loyalists in the early 1990s, after the importation of arms from South Africa and the political objectives of that campaign. 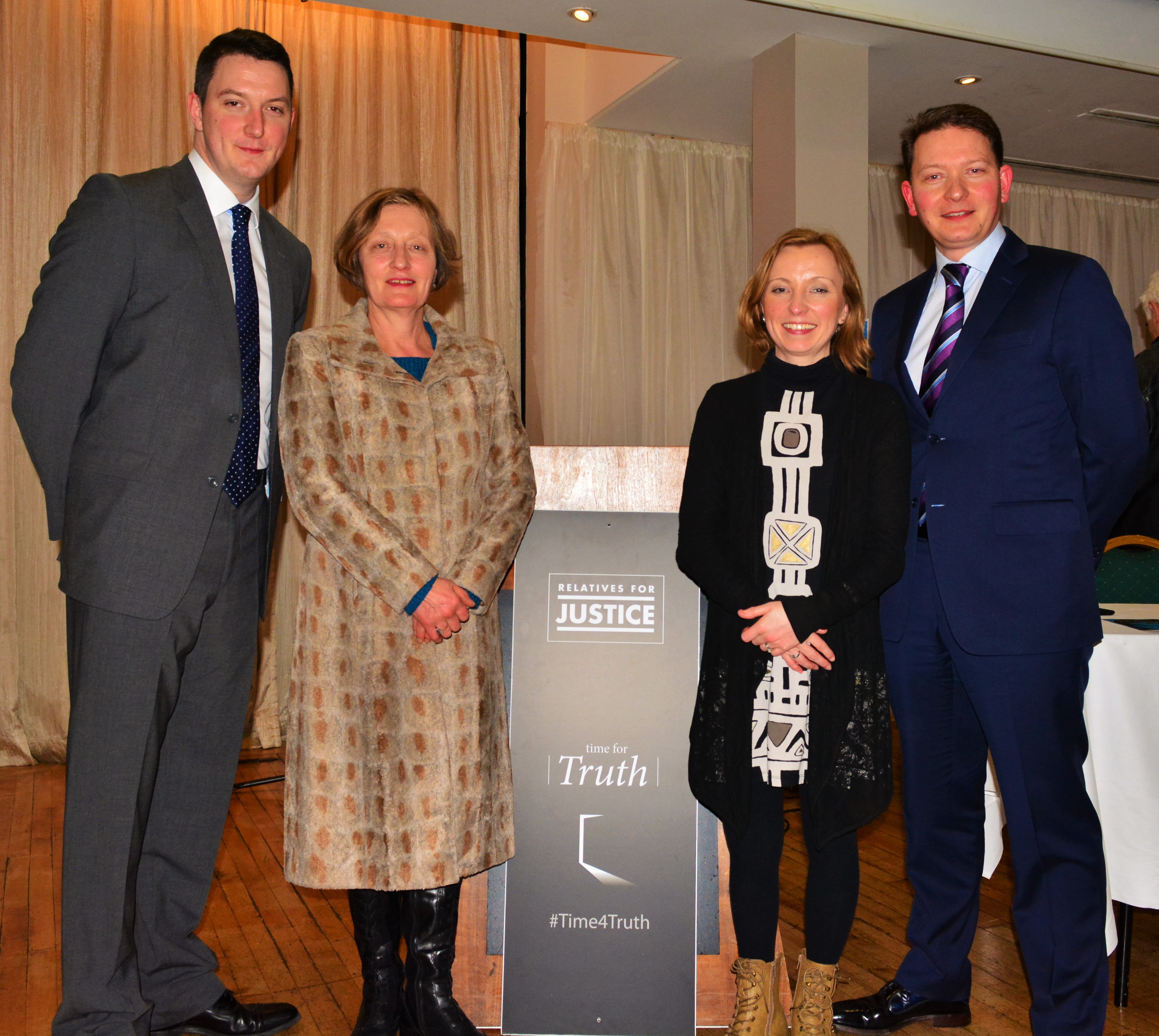 Focusing “the politics of power” McGovern who teaches at Edgeware University near Liverpool highlighted how a community can be “demonised” and then targeted.